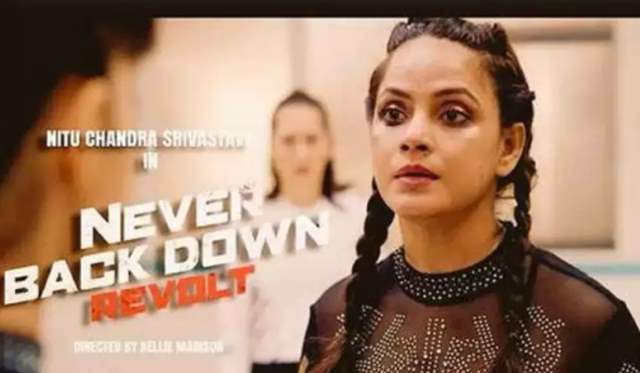 The project features Nitu as a fighter who is kidnapped and forced to battle in cut-throat underground fights to win her liberty against a gang who runs the fight trafficking ring.

The actor, herself a martial artist, said "Never Back Down: Revolt" was the perfect Hollywood launchpad for her.

"'Never Back Down: Revolt' came as a huge exciting project to me, getting cast in my first Hollywood action film is a dream come true as I am a trained Martial arts star and I have been waiting to do a hardcore action film since my childhood. What better could it be to start my Hollywood career from an action genre," Nitu said in a statement.

The actor is known for her starring turns in films like "Oye Lucky! Lucky Oye!", "13B" and for producing the National Award winning "Mithila Makhaan" (Maithili language movie).

The 37-year-old actor said she bagged the role in the upcoming actioner courtesy her martial art skills.

"From different forms of martial arts and especially having mastered Taekwondo (4th Dan), I practiced it all for a long stretch of time. In the end, these skills have made me physically and mentally so strong which helped me land the role.

"I remember practising them endlessly and later recreating it on the set in front of the camera... I now await the release anxiously as I am looking forward to the fans worldwide to see my work and give it the same kind of love," she added.

Produced by Sony Motion Pictures Worldwide and Mandalay Pictures, "Never Back Down: Revolt" is scheduled to be released on November 16.