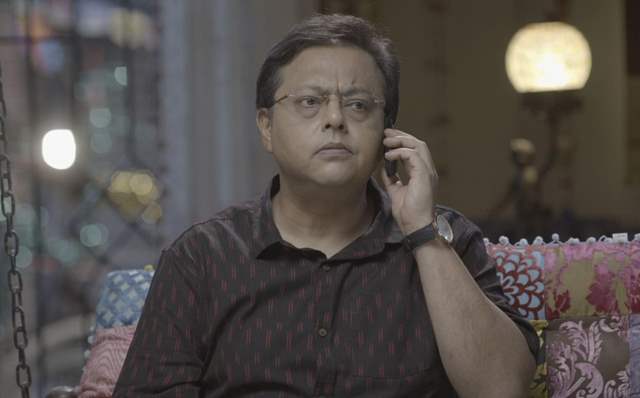 There is nothing in this world as surreal as a mother’s warm embrace. She is the guiding voice when the world seems like a difficult place to thrive, a hand to hold when you are too afraid to walk on a new path and the only person who is always proud of you, no matter where you head in life. Sony Entertainment Television’s upcoming show Indiawaali Maa portrays a story of a mother driven by compassion, faith, and a heart full of love for her son, decides to save him from all the problems he faces in his life.

Bringing out the message that you are never too old to need your mother and can always reach out to her for help, Indiawaali Maa boasts about an ensemble cast starring Suchita Trivedi as Kaku (aka Indiawaali Maa), Nitesh Pandey as Hasmukh and Akshay Mhatre as Rohan.

Veteran actor Nitesh Pandey who is known for his lively nature and his excellent work in the Television industry will essay the role of Hasmukh in Indiawaali Maa. He will portray a chilled-out father to Rohan in the show who has given his son the liberty to carve his way in life.

On being the part of the show, Nitesh said, “Indiawaali Maa is not just a show, it is a feel of all the mothers of our country. This show is written from the heart and will reach the hearts of everyone who is watching. The story is a journey of a parent, Kaku trying to help her grown-up son, Rohan who thinks he can manage his issues. While I have been associated with various stories, this one has a very deep emotional hold to my heart because it highlights when you have your mother by your side, you pretty much have the strongest support in the whole wide world. Made purely out of love to depict the mother’s love, the story is something that everyone will be able to relate with.”

Adding further to this, he said, “I am glad to play the role of Hasmukh, Kaku’s husband in the show, her confidant, and her backbone in this journey.”

Neil Bhatt talks about prepping up for Ghum Hai Kisikey ...
-34 seconds ago