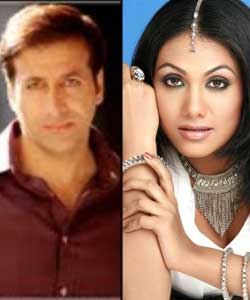 The rumours about Imagine TV Haar Jeet going off air have taken a stay, as sources confirm that the show will breathe for some more time. Post-leap with the introduction of Neha Sargam (Ishita) and Heena Parmar (Mihika), the show had garnered good numbers as compared to their earlier run.

And the latest we hear is that the show will soon see entry of two new characters. A source informs, "Nissar Khan, who is currently seen in Na Aana Iss Laado, and Hetal Yadav, last seen in Sphere Origin's Tere Mere Sapne, would essay Sahil's (Kashiif Khan) Chacha-Chachi."

Talking about the characters a source informs, "They both have their own son, but during his childhood he is left handicapped whereas Sahil escapes scratch less from the accident. This incident makes both of them behave bitterly with Sahil."

They were about to start the shoot from today but due to some technical problem they will begin shooting tomorrow.

We contacted Hetal Yadav and she confirmed her presence while Nissar Khan remained unavailable for comment.

Their entry is expected to air within this week.

preetoneha 9 years ago i watch dis show only for mahi...i luv mahi n i luv heena...

stacy40 9 years ago ya me too i watch dis show only fr mahi...lovely simple n beautiful...

shirleey 9 years ago luv u mahi...i watch dis show only for you...

nivren9 9 years ago you are superb as Ishu..so different from nivi

9 years ago love you so much neha...
watching HJ only for you.

9 years ago So glad the show is doing better since the leap. Good luck Neha and all the cast. have a fabulous and succesful journey ahead :)

+ 2
9 years ago since jannat and kushali r not in the show this show is very boring, and everytime when there is a fab serial casting with jannat baad mein they spoil the serial so much, only phulwa is going the best so far of jannat

9 years ago Love you Neha and watching HJ only for you.

9 years ago I am watching this serial first time today. Neha and Kasiif so romantic.
Like them a lot