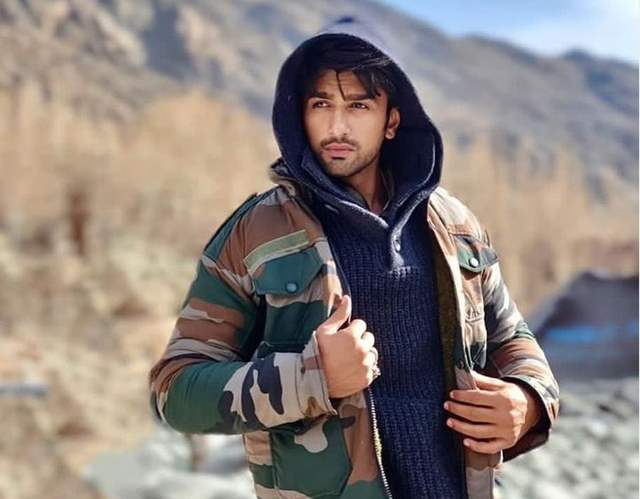 Soon after his stint in the reality show "Bigg Boss" house ended, Nishant Singh Malkhani joined the cast of "L.A.C. - Live The Battle" and was off to Kargil to shoot for his debut digital film. While shooting for an action sequence in the movie, the actor hurt the right side of his lower abdomen and has injured some internal organs. He is already on his way back to Mumbai where he will get some tests done to know what's wrong.

The movie is jointly produced by Nivedita Basu and Chitra Vakil Sharma along with director Nitin Kumar Gupta.

Talking about his injury, the "Guddan - Tumse Na Ho Payega" actor said, "There was an action sequence in which I am fighting the enemy forces, and there are three soldiers who are fighting with me at the same time. During the fight I took down one of the soldiers, I ran and hit him in the chest and took him down the mountain with me, while doing so his knee hit me in the groin area and for 10 minutes I could not even get up after that."

"At that time everyone including the director came to check me. Luckily Nitin is also a doctor and we initially thought it's a minor injury. So I continued shooting and I did all my action sequences, but on Monday it started hurting me again. There was an action sequence so I somehow managed to do it. And because it was hurting me so badly, a doctor was called to the hotel and he checked me up and told me to take extreme precaution because I have hit some internal organ on the right side of my stomach. Once I reach Mumbai, I will be getting some scans done," he added.

The movie is based on the Sino-Indian conflict in the Galwan Valley, and the cast and crew were shooting under extreme weather conditions for the digital film. Sharing his experience of shooting in Kargil, Nishant said, "I can't explain how tough it was because it is -15° to -20°C. We have been shooting throughout the day in the snow, we were trekking every day, we were climbing up and down the mountains every day because we wanted to shoot at all real locations to make the film look very real."

"All this had hurt me physically almost every day, but this injury was really bad. I am not used to this weather. This is the first time we are shooting a movie like this in India and it is like a continuous shot and it requires that kind of hard work because everything has to be real, the fights need to look real, because there are no cuts, no closeups, it's all there on the steady cam. So we managed it somehow," he added.

Recently, while filming for "L.A.C. - Live The Battle", "Aashiqui" fame actor Rahul Roy suffered a cerebrovascular stroke and is under treatment at the Nanavati Hospital, Mumbai. He was airlifted from Kargil and taken to Srinagar and then brought back to Mumbai.

This was Nishant's first interaction with Rahul and he is all praise for him. He said, "When I first met Rahul Roy, I was like he is such a nice guy. I had never met him before, but he is super friendly, and a very good human being. I bonded well with him. On many days post pack up we used to sit either in his room or my room and then just chat about his experience in the industry. He used to share anecdotes of all the things that have happened in his career and I also used to share my experience."

"His stroke happened right in front of me, he lost his speech, he was talking in a very different manner and he was not able to form sentences, and he was looking unwell. Now, he is recovering well in the ICU and as soon as I land in Mumbai, I am going to see him. I pray for his speedy recovery," he concluded.

When Nishant Singh Malkhani stepped behind the camera for LAC

Krilovad 1 months ago Love u Nishant Malkani take care get well soon love u.. you superb as army officer now waiting for u love u.

br200910 1 months ago Get well soon Nishant malkani proud of you so happy for your new project you rocks as army officer lots of love..