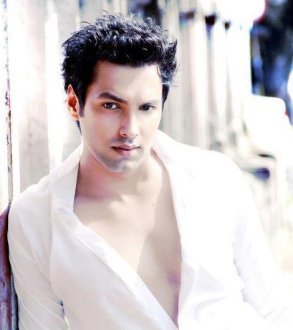 Actor Nikkhil Chaddha, seen in shows like Maat Pitaah Ke Charnon Mein Swarg and Sapne Suhane Ladakpan Ke, will play the bad man on new show Nadaan Parinde. He is excited about having performed action scenes for it on his own.

His character in the show is called Purab, an army officer, a perfectionist and a man who every girl would like to marry.

"It is a very interesting character to play. The role is different in many ways and this is the first time when I will be performing action sequences on my own. I am really looking forward to the show," Nikkhil said in a statement.

Life OK's Nadaan Parinde, which will go on air next month, features actors like Karamveer Rajpal, Gulki Joshi and Tanushree Kaushal. It is a drama based and shot in a small village near Mohali.

Gulki Joshi: I can understand the stress the cops go through!

“It is indeed overwhelming to be back on the set”, said Gulki Joshi ...

yknikki 5 years ago love you karam rajpal in mam... waiting to see more of u in the show keep rocking

luvbbat 6 years ago Good luck to you, Gulki. You were awesome as Sugni. I am sure you will do justice to your new show too!

sehar mehrotra 6 years ago the promos luk promising...luking forward to it...

Fattoom 6 years ago Waiting fr this show only fr my dear Karam Rajpal :) all the best !!
I really wish that the lead actress was someone else !!

-Eris- 6 years ago Can you at least tag the person who the article is about ???

Lianaa 6 years ago Best of luck Karam !! Keep rocking the screen again with your smile *-*

sujairohit 6 years ago Waiting for the show to start on 7th April.Promo looks interesting and plus Karam rajpal is playing the lead .

BabyHimavari 6 years ago the promo looks promising. waiting for the show to come.

Kikidramagirl 6 years ago Wow the article is about him and they forgot to add him...Makes perfectly sense -_-

Arjun Bijlani talks about his first reaction on being ...
37 minutes ago