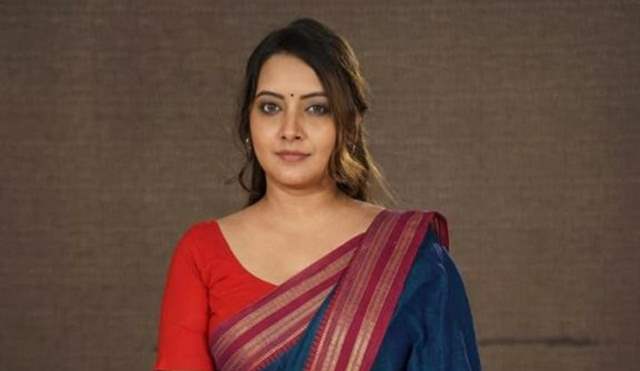 &TV is set to premiere a family drama, Doosri Maa, starring Neha Joshi and Aayudh Bhanushali. The show revolves around Yashoda (Neha Joshi), who lives in Uttar Pradesh with her husband, two daughters, and in-laws. Her happy, peaceful family life ends when she and her husband unknowingly adopt Krishna, his illegitimate child (Aayudh Bhanushali).

To essay the primary role of Krishna's biological mother in the show, the makers have now cast popular TV actress Nidhi Uttam as Mala. Talking about her character, an excited Nidhi Uttam essaying Mala’s role in &TV's Doosri Maa says, “Krishna's mother, Mala, is a single, unmarried woman. Ten years ago, she left Ashok, with whom she was deeply in love and expecting his child. Ashok's father was not ready for their marriage, so she left without telling him about her pregnancy to avoid misunderstandings. However, when her health deteriorates, she returns to the city where Ashok lives. Mala's only wish is that her son should not suffer after her death. The story then focuses on Krishna and Yashoda’s struggle for love and care, which they lost during a period”.

Nidhi, who hails from Kanpur, Uttar Pradesh, adds, “Because the show is set in Uttar Pradesh, my home state, I can more easily identify with the characters in terms of culture and dialect. The story of Doosri Maa is unique. Even though it is about a mother-and-son relationship, it has an unusual connection. I am hopeful that the audience will find the plot intriguing and relatable. The plot will revolve entirely around my character, and there will be numerous flashbacks. Mala's character is very strong. She is someone who has defied all odds to become both Krishna's mother and father without marrying the love of her life, but her untimely death causes emotional turmoil in Yashoda and Krishna's lives. I am very excited to play Mala and hope for a positive reaction from the audience".

Watch Nidhi Uttam as Mala in Doosri Maa, premiering on September 20th, airing every Monday to Friday only on &TV!