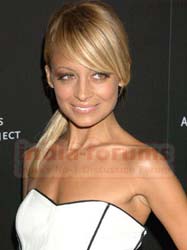 The skinny star has always claimed that she isn't anorexic, in spite of contrary reports and photographs of her looking dangerously underweight.

"I see a girl that is obviously going through something-(she's) much too skinny. I've never had an eating disorder-ever. It's anxiety, it's stress, it's just not being careful," explains the actress.‘The Simple Life’ star however admitted on 'Good Morning America' that her past drug intake could explain some of her weight issues.

But now the socialite daughter of soul star Lionel Richie has started taking her diet very seriously after being with child and gets distraught whenever she looks at old pictures of herself. The four months pregnant star claims to be on a much healthier course.

"Do I eat is kinda like an understatement; I eat all the time, especially now. I'm constantly hungry--I'm eating at least every hour. Just like any mother, you want to take the best care of yourself while you're pregnant and I'm definitely eating healthier now. I am playing by the rule and have given up caffeine, sushi, alcohol and drugs and have asked my family and friends not to smoke around me” adds Richie.

Rocker boyfriend Joel Madden, who is the father of the child has quit smoking altogether. He reveals, "I had to quit smoking. I was a smoker-a pack and a half a day. That was hard. That was a rough week." 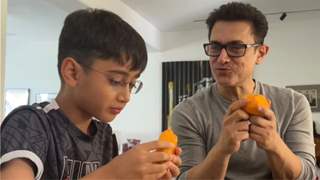