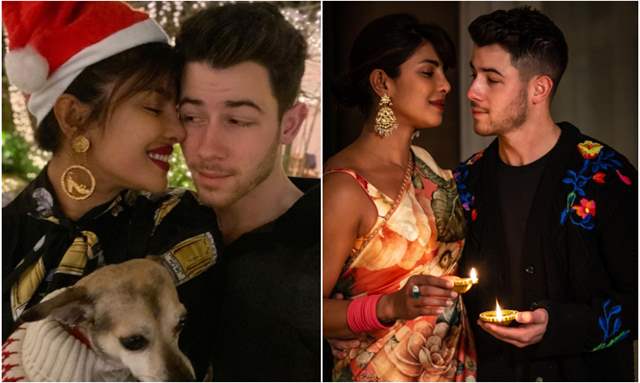 The American pop-singer pointed out that they had a strong friendship before they decided to tie the knot, which helped strengthen their bond.

The couple has been setting relationship goals ever since they confirmed their relationship. Priyanka-Nick got hitched in an intimate wedding ceremony which was at held at the Umaid Bhawan Palace in Jodhpur, Rajasthan, in 2018.

"What separated (Priyanka) from any woman that you've been with before because you've dated some of the most beautiful women on the planet," Nick was asked in a chat on SiriusXM while promoting his new album, Spaceman. To which he had the best answer as he said, "It's just that magical connection you've got with somebody when it's right."

He continued, "We're very lucky. We knew each other well before we started dating properly, and I think that foundation as friends always helps in relationships that have evolved in an organic way. It's been a wild first couple of years of marriage, and I'm very blessed to have a life partner that I can rely on, and vice versa hopefully."

The Sky is Pink actress has revealed several interesting details about her life, her relationship with Nick and a plethora of fascinating stories from her life in the recently released memoir ‘Unfinished’.

Nick has always been proud of his wife Priyanka Chopra and the adorable couple celebrated the success of the actress’ recently release ‘The White Tiger’. The American singer has often praised his better half for her working-style and the magic she has created on the screen.