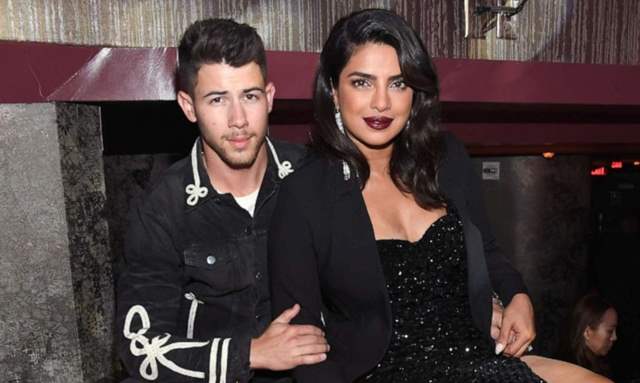 Priyanka Chopra tied the knot with American singer and songwriter Nick Jonas in December last year. The couple’s wedding was nothing less than an extravagant celebration! The lovebirds had a beautiful destination wedding in Jodhpur, post which they exchanged wedding vows as per Hindu and Christian rituals at the Umaid Bhawan Palace. Their post-wedding celebrations included two grand receptions - one in Delhi and another in Mumbai. NickYanka's wedding reception was a star-studded affair, with all the who's who of Bollywood in attendance.

However, it's not been a smooth ride for the couple as they had to face some merciless trolls every now and then. The age gap of 10 years between the two lovers has been under the eagle eye for the longest time.

Breaking his silence over the much talked about the age gap between his wife and him, Nick said “My wife is 37. It’s cool” when he was being teased by singer Kelly Clarkson, who is his fellow coach at the season 18 of music reality show The Voice. Kelly teased Nick how she was a “decade older” than him – she is 37, while he is 27, to which the American pop singer had a smooth reply.

Priyanka too had earlier addressed the double standards as she had stated, “People gave us a lot of sh*t about that and still do. I find it really amazing when you flip it and the guy is older, no one cares and actually people like it.”

Nick and Priyanka often share loved up pictures on their social media and serve major couple goals for their fans.