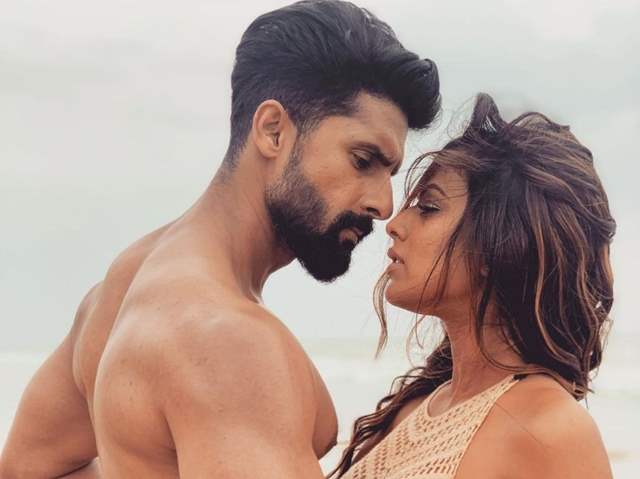 Nia Sharma and Ravi Dubey are back with season 2 of Jamai 2.0 and fans have been showering love on their favourite on-screen couple, Roshni and Siddharth. With the show moving to the web, there are a lot of new layers and bolder content that it has in store for the fans.

It was recently that Nia made a comment regarding Ravi and called him the best kisser. And while it sure did seem to grab a lot of attention, Nia spoke about it recently during an interview with Bollywood Hungama, and she went on to say how no one would come on board and say that 'Oh! I was kissed badly'. She added how the two have been working together for seven years now and these are same characters as were seen on TV but they are brought in a different light. She mentioned further how she has a level of comfort with Ravi, and if she said he is the 'best kisser', of course, he was. She mentioned further how he was lovely and how the statement was just to tell everyone that there is nothing to make a fuss about regarding intimate scenes, and that is what she did there.

If I say he is the 'best kisser', ofcourse he was. I enjoyed it and he was lovely. It was just to tell everybody that intimate scenes cannot be made a fuss about. That's all I did there.

Nia further mentioned that Ravi is a shy guy and when things got bold in terms of intimacy, he took a little backseat, and hence, she felt 'oh come on' while doing them. Over the second season, he became comfortable and he had no inhibitions about them, and hence, she felt the need to compliment him on the stage, and that is all she meant.

Season 2 is not streaming on ZEE5 and in addition, it also features Achint Kaur, Vin Rana, Priya Banerjee, and Sudhanshu Pandey in pivotal roles.

1 months ago Nia Sharma your honesty 👏👏👏👏

1 months ago She is so honest and humble Nia Sharma

1 months ago She is brutally honest no sugarcoating Nia Sharma ❤️

+ 2
1 months ago She is so honest Nia Sharma