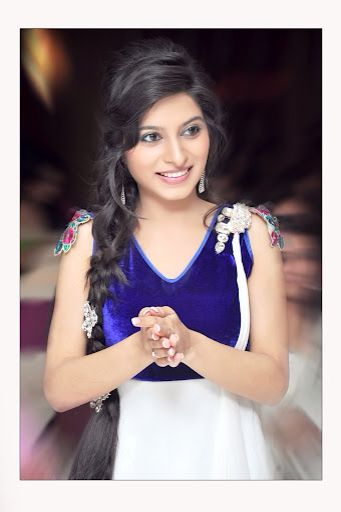 Cinevistaas' much awaited show Ek Haseena Thi has got one name added to its cast who will be seen playing a key role.

When contacted Teena, she confirmed the news saying, "Yes, I am playing an important role in the show but I can't talk anything about it right now. I am feeling awesome on bagging this show as it will be my debut show with such a big channel and a big production house. I am very excited about it."

Well Payal, all the very best for your debut on TV!

ukgal62 6 years ago Ace show... Keeps u on the edge all the time. No dull moment yet! Great job guys!

atominis 6 years ago Payal's role is indeed important. Ek Hasina Thi is surprisingly a good thriller! Want to know more about Payal and how she got into this mess! Teena's doing a great job as a traumatised rape victim!

M_Nira 6 years ago The promo is interesting...
Looking forward to the show...!!
Sanjeeda Shaikh is looking amazingly beautiful...best of luck to cast & crew!!

Rashmiseth007 6 years ago Seems to be a gud show frm the promos... Nd Teena Chopra luks so cute.. Hope she will do well in the show... Gud Luck Teena :))

tarotreaderAmi 6 years ago Guys do watch ek hasina thi itz gonna be superb show and new comer teena gonna rock .. She is a fab actor and a fab human being too

aiswaryasudevan 6 years ago just waiting to watch the show...
the promo is niceee
all the best to the crew of ek haseena thi!!!!!!!!!!!!!

Ritu- 6 years ago Promo is looking good...looking forward to the show

KaranSG_01 6 years ago seems like an interesting show from the promo but im sad that MB will end.i guess its okay.a show has to end to give way to another one.
I like the last line spoken by sanjeeda sheikh-kyun na range pyar ko lahu ke rang mein,suna hai sab kuch jayaz hai mohabbat aur jung mein.
Just Vatsal Seth doesn'f look good as before.

iamsenadam 6 years ago Can't wait to see Sanjeeda Shaikh back on screen! :)

Amanda Seyfried Announces The Birth of Second Baby
25 minutes ago

NCB Dismisses Rhea's Claim of 'No Jurisdiction in Drugs ...
26 minutes ago