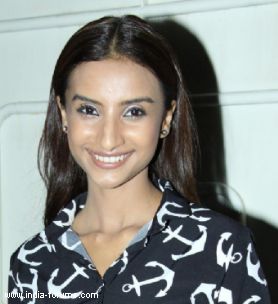 Patralekha is soon to make her Bollywood debut with Hansal Mehta's "Citylights", but she is already aiming for Hollywood.

The Shillong girl has no films to boast about in her kitty, but has her dreams intact.

"Right now there are no offers. I am open to all kinds of films even if they are regional like Tamil, Telugu, Assamese, Bengali...and even Hollywood. Everybody wants to go to Hollywood. I want to work there as well," she said.

"I want to work with actresses like Meryl Streep, Julia Roberts, Kate Winslet as we have grown up watching them," the actress, who shares the screen with her beau and actor Rajkummar Rao in "Citylights", told reporters here.

"Ranbir Kapoor, Ranveer Singh, Sidharth Malhotra. Rajkummar is my favourite because of obvious reasons, then Ranbir," said the actress.

She is open to any acting offer, but television can wait. She said: "TV not now."