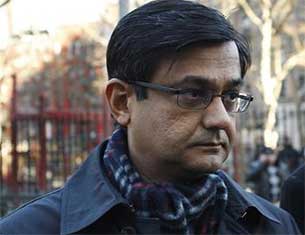 Director Anil Kumar, who has shot his upcoming Tamil travel romantic-drama "Serndhu Polama" in New Zealand, says he finds the place to be one of the most beautiful locations in the world to shoot in.

"For the romance in my story, the locations in New Zealand were very apt. I fell in love with the place when I visited it, and I thought it would make sense to shoot here. I feel it's one of the most beautiful places in the world to shoot films," Kumar told IANS.

Kumar shot the film in Kiwi land because the film's producer Sasi Nambeesan is from there.

"We wanted to shoot abroad initially, but since Sasi is from New Zealand, he insisted that we shoot there. While it was not easy to get permission from the authorities to shoot, we did manage to shoot without any hassles," he added.

A popular filmmaker in Malayalam, Kumar makes his Tamil debut with the film.

He says he doesn't find much difference in the various film industries in the country except for the language.

"Except for the languages, I don't find much difference in the industries. I may belong to Malayalam industry, but I have been following Tamil industry for many years. Therefore, working in it was not a new challenge," he said.

The film, which is left with some patch work to be completed, is eyeing a June release.