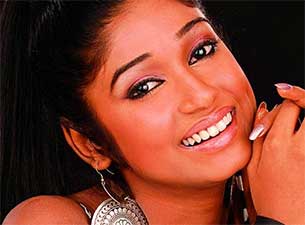 Singer Antara Mitra, who has sung songs like "Bheegi si bhaagi si" and "Saree ke fall sa", feels that the music industry has opened its gates to many new singers now.

"The monopoly of singers is going. Everyone is getting work...may be the quantity is less but quality is good. New singers are getting opportunities," Mitra told IANS in an email interaction.

However, be it "Gandi baat" or "Fevicol se", the lyrics of songs have become questionable. Mitra is of the opinion that as long as they don't offend people's sentiments, all kinds of lyrics are justified.

"The lyrics of songs are definitely becoming bolder. Till it's not offending someone's sentiments it's alright to be open about your art form," said the 26-year-old.

"They give you a very basic stand to start...the rest is your talent and focus...(but) they are happening back to back and the public needs breathing space," she said.

As a singer, it is important for Mitra to catch the "vibe" of the song before she records it.

"Every song has a vibe of its own, to sense that you really don't need to know the backdrop. When I listen to a song I go completely by the feel of the song more then the background," she said.

Kangana Ranaut Vs Anurag Kashyap: Actress ‘Steps Back’ after ...
54 minutes ago