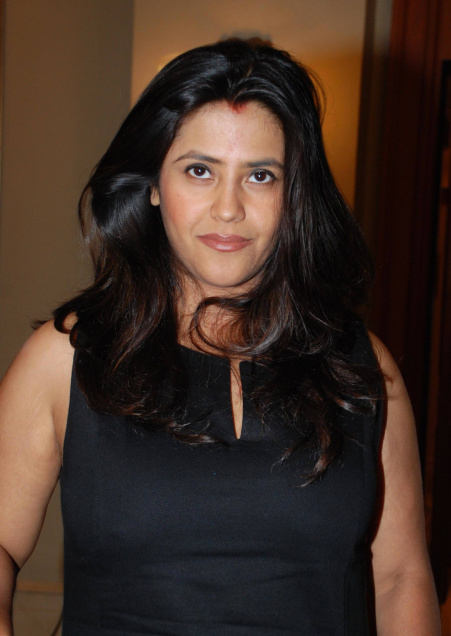 Balaji Telefilms' new show, "Ajeeb Dastaan Hai Yeh", about extra-marital affairs, will mark big screen actress Sonali Bendre's foray into the fiction space on TV. To be aired on Life OK, it will also feature names such as Apurva Agnihotri and Harsh Chhaya.

The show's promo has already hit the small screen.

Another of Ekta's new offerings, "Yeh Dil Sun Raha Hai", is likely to go on air on Sony Pal in September end.

It will be an intense love story based in Patna, said a source from the channel.

There is also buzz about a new show that Ekta has planned with two of her favorite actors Ronit Roy and Saakshi Tanwar. An official announcement is yet to be made regarding the show.

6 years ago waiting for ADHY. ONLY for APU &lt;3

+ 2
6 years ago Sick of her shows with EMAs and multiple marriages!!!!

One should never ever get attached to her pairs!!!!

6 years ago Yeh dil sun raha hai should go on air on Sony instead of Sony Pal. Because Sony Pal has flopped. None of their shows working. I hope it comes on Sony.

9 years ago To be honest, it doesn't suit either of them. It would have been better if Ash had a dupatta or something around her neck. And the way Rani is carrying that dupatta, it just ruins the look of the outfit!

+ 4
9 years ago Rani doesnt look nice in it. It looks perfect on Aish.

+ 10
9 years ago its aish! no doubt !!! rani looks like a beggar! i mean not thaaattt badd ,but she doesnt hav natural beauty