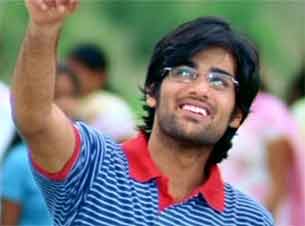 Actor Rahul Haridas's career didn't take off as expected after the success of his cinematic debut, the 2007 Telugu college drama "Happy Days". He says he had to struggle more than expected to sustain himself in the industry.

In fact, he feels he is almost a newcomer today.

"I did 'Happy Days' many years back and I was just a teenager then. My second film called 'Rainbow' came and went in no time. After that, I worked in a prestigious project for about a year and a half but it got shelved. I never thought I would have to struggle so much after a good debut. I have to start afresh now," Rahul told IANS.

Gearing up for the release of his upcoming Telugu romantic-drama "Love You Bangaram", he said: "I'm sure many would have forgotten my name and how I look. I need to prove myself once again with this film".

Ironically, three other lead actors Varun Sandesh, Tamannah Bhatia and Nikhil Siddharth from "Happy Days" went on to be successful in the industry. Rahul is happy for them.

"I'm happy for them. In fact, it actually encourages me to not give up when I look at them today because all of us pretty much started together. Moreover, we all are good friends," he said.

Rahul is returning with a makeover in "Love You Bangaram", which is being directed by Maruthi.

"I needed a makeover to make a fresh start. I worked hard and maintained a lean physique and have developed six-pack abs, but I won't sport it in the film. I just worked on it to keep myself fit," he added.

Keshav Sadhna on working in 'It’s My Pleasure': I thought of movies ...

Anchal Singh remembers the struggle of shooting in Manali for Undekhi

Anurag Kashyap responds to MeToo allegations levelled by ...
19 minutes ago