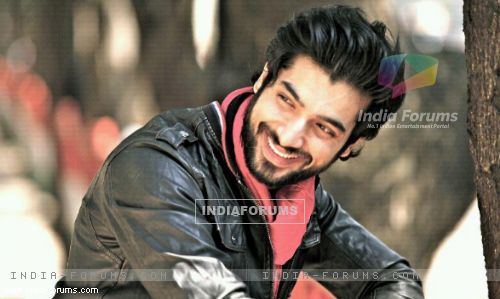 The historical Sony TV drama "Bharat Ka Veer Putra Maharana Pratap" takes a leap and Ssharad Malhotra now will be seen as the grown up Pratap.

"We all have heard Pratap and Chetak's stories since childhood and I never thought I would get to play him one day. It is an honour and we are trying to make it as authentic as possible," said Sharad.

He said Faisal Khan, who played the young Pratap, did a great job and left the show on a high note and he hopes to take the character even higher.

"Faisal worked really hard and he took Maharana Pratap's legacy forward in the best way and he left it at a high point. So, my responsibility is to take it higher in a grand way," Ssharad said here on the sets of the show.

He hopes the audiences accept the change in the track, which will be seen from Tuesday.

"Now that Pratap has grown up, we are trying to portray his entry in a grand manner. Everything will be grander now - the sets, costumes, and fights. I hope people like it and they accept the change," he said.

In his quest to do justice with the role, Sharad did a lot of research about Maharana Pratap.

Ssharad's last show on television was "Banoo Main Teri Dulhann", which ended in 2009.

+ 4
6 years ago Total misfit. How can you even think of trying to make Maharana Pratap authentic? You butchered his image!

6 years ago Who the hell does this tagging job in India forum ?? You guys are so ignorant that you don't know who is Faisal khan ??

Sssharad you are just too lucky to get prataps role and we are so unlucky to see our hero MP's role getting butchered .

All the best Ssharad Malhotra

6 years ago Try sharad... Just try, who knows, u might get lucky!
But bot comparable to faisal..

+ 2
6 years ago Wishing All The Very Best To The Entire Cast Of Maharana Pratap.

+ 2
6 years ago Actually we also not thot that MP maker sigh u for MP role Lol!

Yes ur entry scene was grand but still u didn't able to impress us isn't big let down for u.

Faisal set a high level that no one able to reach that level at least u toh Never.