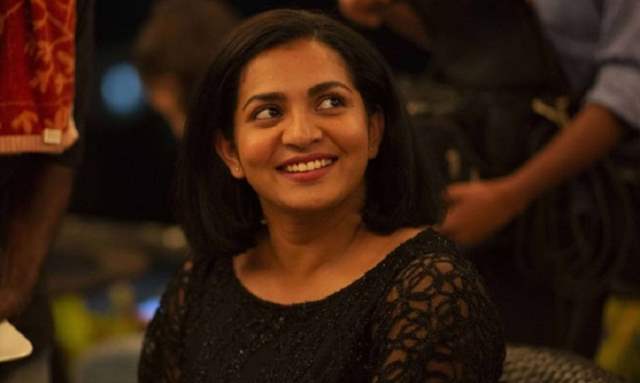 Parvathy has been winning hearts for calling out Arjun Reddy and Kabir Singh’s misogyny, but she has been called out for casual use of the phrase ‘bipolar disorder’.

Bipolar Disorder: a mental condition marked by alternating periods of elation and depression.

A twitter user pointed out the same and highlighted the 31-year-old’s constant use of the word and tweeted:  “Okay ya’all Parvathy is definitely rocking it here but DID SHE JUST SAY “THAT’S A BIPOLAR BEHAVIOUR?!” - Sorry i couldn’t continue watching it post that.”

The user also retweeted a part of Parvathy’s portion from the show, where she is explaining how Arjun Reddy/Kabir Singh is different from Joker and casually uses the phrase ‘bipolar disorder’. Clearly, it didn’t go down well with many.

Seeing the tweet, Parvathy immediately apologised in a series of three replies, she explained that she is trying to ‘unlearn usages’ about ‘using grave mental disabilities’ as mere adjectives.

She wrote: “Hi Divya! Came across this comment. Thank you! It was a wrong choice of words and I stand corrected. This is important as I myself have been trying to unlearn usages that allow using grave mental disabilities as a mere “adjective” to explain a situation.”

“not only reveals the actual shocking reality of a larger mindset but also glorifies/encourages it. As I said, thank you for bringing it to my notice. We learn -unlearn- learn, encore!” added the actress.

Every since Parvathy apologized many twitter users have applauded her and appreciated her prompt reply.

One user wrote: “Goddamn finally found someone sensible in the industry with a spine. A fan already” while another wrote: “Parvathy I always admired you for ur acting n now admire u for d person u are U impress me Everytime be it changing ur surname to condemn the discrimination our society has based on caste and now for this Keep Rocking.”

Richa Chadha issues an Apology for the Bipolar Joke she made last ...

metvaddict 8 months ago the above comment shows what is wrong with these movies.. u are a lost soul man...

ChickenSoup 8 months ago Nothing misogynistic about Kabir Singh. Men like him know how to handle women. Women need that type of handling and they need to be put in their places.

Rithvik Dhanjani on Dying To Do a Fiction Show Now Amidst ...
50 minutes ago