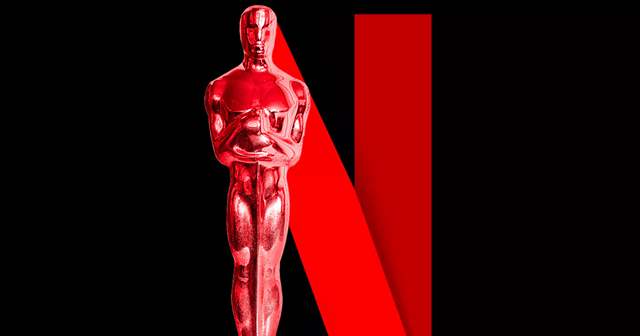 However, what's more important has been how Netflix has been leading the pack over other studios with a staggering 24 nominations. Netflix landed two spots in coveted best picture category for Martin Scorsese's The Irishman and Noah Baumbach's Marriage Story.

The Irishman received a total of 10 nominations, tying with Sony's Once Upon a Time in Hollywood and Amblin/Universal's 1917. However, Warner Bros.' Joker trumped all three films with a leading 11.

Last year, Netflix received 15 Oscar nominations, including its first-ever for best picture (Roma). More recently, it earned an industry-leading 17 Golden Globe nominations on the film side; however, at the Jan. 5 Globe ceremony, its only win in the film categories was for best supporting actress.

Netflix has come under criticism from theater owners and many in the film industry for not adhering to a traditional theatrical run for its films.

This year, it also landed six nods for Marriage Story, three for The Two Popes and multiple single nominations in the documentary and animation categories, including its first animated feature nominations for I Lost My Body and Klaus.

The Disney empire — which now includes 20th Century Fox and Fox Searchlight — was only one Oscar nomination short of Netflix with 23, including six for Searchlight's Jojo Rabbit. Fox's Ford v Ferrari scored four, including for best picture, where Jojo also landed a spot.

Sony made a roaring comeback with a total of 20 noms, including two for Sony Pictures Classics. That compares to five last year, and only one for the studio proper. Quentin Tarantino's Once Upon a Time and Greta Gerwig's Little Women, with six nominations, powered the studio's showing this year.

Netflix, Sony and Disney each claim two spots in the best picture category.

Sara Ali Khan writes an adorable poem as she shares photos ...
14 minutes ago

Ishaan Khatter on working with Katrina Kaif in Phone Bhoot: ...
44 minutes ago

Shehnaz Gill unfollows Gautam Gulati; Here's what she ...
an hour ago