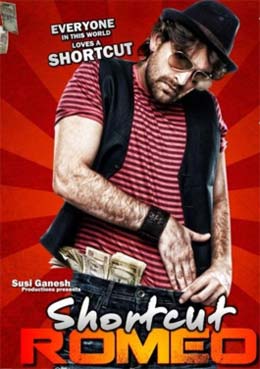 Actor Neil Nitin Mukesh is off to Kenya shooting for his new film "Shortcut Romeo", directed by Susi Ganesan.

"Bags packed! Finally. Shooting for 'Shortcut Romeo' there will be fun. KENYA. Looking forward to my trip. Will hopefully be a beautiful peaceful place for me to connect with nature and myself! Only I know I so need it," tweeted Neil, who has been growing his golden locks for the movie.

"Shortcut Romeo" is the Hindi remake of 2006 Tamil film "Thiruttu Payale", which was also directed by Ganesan. Besides Neil, the film stars Ameesha Patel and Puja Gupta.

He might be a confident filmmaker, but when it comes to being a father, Anubhav Sinha fails to keep nervousness away.

Sinha, whose last film "Ra.One", minted money at the box-office, shared his feelings with his followers on microblogging site Twitter.

"Son participating in inter-school Judo competition and I am nervous. Various facets of fatherhood keep dawning upon you...," Sinha wrote on his Twitter page.

Cold weather seems to have taken a toll on Bollywood actresses Neha Dhupia, Diya Dutta and Sophie Choudry. All of them are down with cough, cold and fever.

Neha Dhupia tweeted: "Down with fever ... Hate being sick!"

Divya also shared her dilemma on her Twitter page: "Whenever I am dubbing cough, cold happens! Don't even want to call it co-incidence! urgh!"

Nakuul Mehta and his powerful narration: Times when he hit ...
3 hours ago