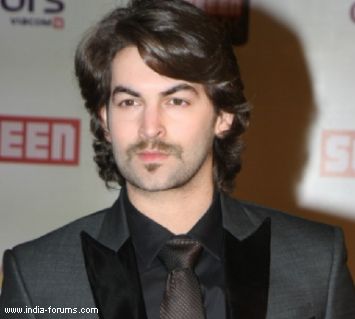 "Shoot's going great. But I'm a little upset today! I lost my iPhone," the 30-year-old tweeted.

The actor, who is on a 50-day schedule on the island nation, carried all his necessary gadgets and gizmos to keep himself entertained during shooting breaks. But he wouldn't have imagined he would lose his phone there.

"3G" is a psychological horror where Neil is starred opposite Sonal Chauhan. The two are having a good time shooting the film.

So what if Kunal Kemmu isn't married yet and doesn't have a child. His pet dog made him feel like a proud father when she won maximum games at a dog party.

His pet dog is named Masti.

"So Masti went to her first doggy party yesterday and won two out of three games we played... Made me a happy and proud father," the 29-year-old tweeted.

The actor, who is in a relationship with Soha Ali Khan, was last seen in Vishal Mahadkar's "Blood Money" opposite Amrita Puri.

Vir Das says the capital is very close to his heart, and so in his 10th year as a stand-up comedian, he chose to perform his latest show Resentury here itself!

The comedian-turned-Bollywood actor was here last week to entertain an eclectic audience at the Foster's LOL Evenings at Sura Vie Lounge.

"Delhi has the best audience! It's always wonderful to come here and an extremely special experience," said the 33-year-old, who was a student at the Delhi Public School, Noida.

Vir's first comedy act in India was held in 2003 at the India Habitat Centre in Delhi.

His latest show Resentury celebrates a century of annoyance, and he takes a dig on various politicians, writers and everyday things like male behaviour, sex, fashion trends and more, in it.

After establishing himself in stand-up comedy, Vir took to Bollywood in 2007 with "Mumbai Salsa". He later acted in Yash Raj Films' "Badmaash Company" and was seen in Aamir Khan's quirky production "Delhi Belly".