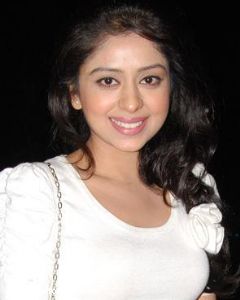 TV actress Neha Sargam will be seen in an upcoming episode of the show 'Yeh Hai Aashiqui' as a hostage who inadvertently falls in love with her captor.

The male leads in the show will be played by Mayank Gandhi and Kunal Thakkur.

The actress, known for her role in 'Chand Chupa Badal Mein', said: "I was extremely excited when 'Yeh Hai Aashiqui' was offered to me. It has been a great experience shooting with a bunch of new people."

"In my opinion, 'Yeh Hai Aashiqui' is one of the best shows that portray unusual love stories so beautifully," she said in a statement.

Mayank and Kunal will essay the roles of Vikrant, the kidnapper, and ACP Siddharth, Shruti's fiance, respectively.

The episode will air on Sunday on UTV Bindass.

rahulnivislover 7 years ago Waiting to see u tonight... eagerly... n wish to see even more of you... after this... love you... all the best.