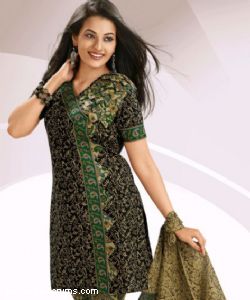 As reported earlier by tellybuzz that, Neha Janpandit who was earlier finalized to essay the role of Nupur in Balaji Telefims', Tere Liye had backed out from enacting the role as they had asked her to reduce her pay package.

But the latest update is that the production house approached her again to play the same role and after amicably agreeing on terms and conditions, Neha Janpandit is back on the show and has started the shoot for the same.

When contacted, Neha Janpandit confirmed the news saying, "Yes Balaji Telefilms approached me again to play the same role and everything is sorted out now. As the entry had to happen soon I started the shoot immediately."

Also Neha Janpandit will be seen enacting the role of Nupur who is a typical business woman from USA and Anurag (Harshad Chopra) is madly in love with her. Now with Nupur's entry, it's now to be seen how Anurag and Taani's (Anupriya Kapoor) love would grow.

-Hina- 10 years ago Taanu Rocks ! I hope that Onu soon realise that Taani is his real loveee.... !

.shona. 10 years ago i hope taanu get bak together again
such sad episodes from 2 days :(

Aditya Chopra Pens a Heartfelt Note on '50 years of Yash Raj ...
18 hours ago