View Profile
Neha will be singing a song for her upcoming movie "Phas Gaya Re Obama" which has been directed by Subash Kapoor. In the movie, Neha plays a female gangster. The film also features Rajat Kapoor and Amole Gupte. 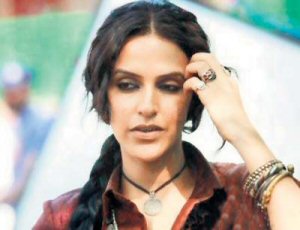 Director, Subash Kapoor felt that since the song was based on Neha's character,getting the actress to lend her vocals for it would be a different and authentic change. Neha was reluctant at first but finally agreed. The song was recorded last week.
Well, seems like Neha is following the footsteps of legendary actors like Big.B, SRK, Macho Khan Salman, and Sanjay Dutt.