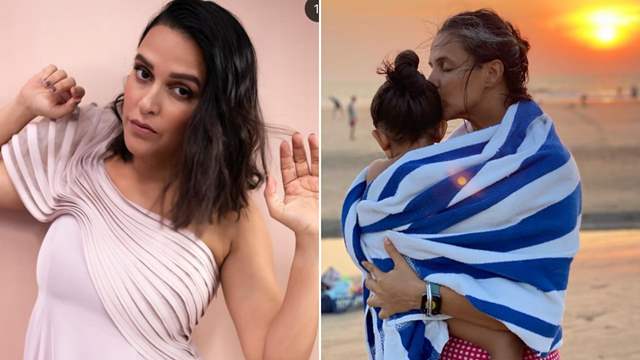 Neha Dhupia tied the knot with long-time boyfriend Angad Bedi in a secret wedding in  May 2018. The actress also gave birth to a beautiful baby girl, Mehr, in November in the same year.

In a recent chat with Kareena Kapoor Khan on her show What Women Want, Neha opens up about the struggles and lows she faced during the pregnancy period.

The actress talked about feeling a void post pregnancy and whether she would ever get back to pre-pregnancy shape. She stated how there are a lot of people to comfort the baby but it is not the same for mothers.

“For me, the biggest thing is, as soon as you give birth, you feel that void because your body is different, you question whether you are going to go back to being... Especially, people like us, who are so used to being in front of the camera. As much as we own our bodies and own the life that we are living, apne andar se ek ehsaas hota hai ki (there is a feeling within that) will I go back to what I was or will I go back to being at least what I want to be? There is a beautiful saying, which is that everyone is there to hug the baby but who is there to hug the mom,” she added.

Previously, Neha had opened up about the trolling that happened to her for her postpartum weight and had also revealed that she started facing body image issues post-pregnancy.