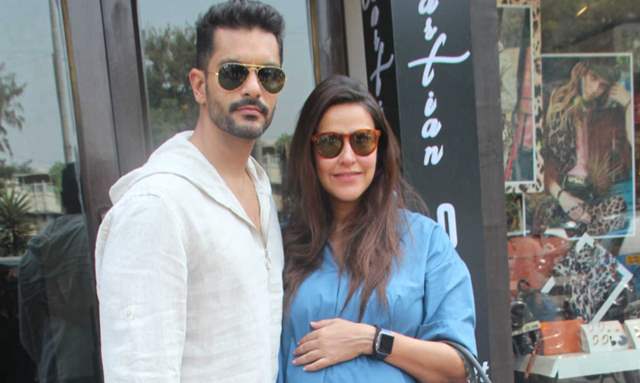 Neha Dhupia surprised her fans and the entire Bollywood fraternity as she announced her second pregnancy with her husband Angad Bedi. During a recent interview, she opened up about the same and revealed the ups and downs she faced while expecting the second baby. Sharing the difficulties she faced, Neha revealed Angad tested positive for Covid-19 in the initial months of her pregnancy.

Speaking to Hindustan Times, Neha said, “Hard is an understatement. It was a lot that we went through. It’s always hard when someone around you gets Covid-19, and harder when you’re pregnant, but Angad was the one who helped me stay positive in that period.”

During her recent interaction, the Chup Chup Ke actress confesses that there are many things she’d want to do differently this time when she becomes a mother again. Neha is already a mother to three-year-old Mehr, who shared a family photo expressing her joy.

“The second pregnancy has been different. I’ve got less questions in my mind because I know the beats of it, and why and how the mind and body reacts to it. I always compare it with my first pregnancy. However, the lockdown didn’t make it easier,” admits Dhupia, who is due in October.

When asked about Angad’s reaction when she shared the news with him, Neha laughed and shared, “It was full of excitement and joy. It’s between amazed, amused and happy. We looked at each other [and realised] that this is what we wanted and we got.”