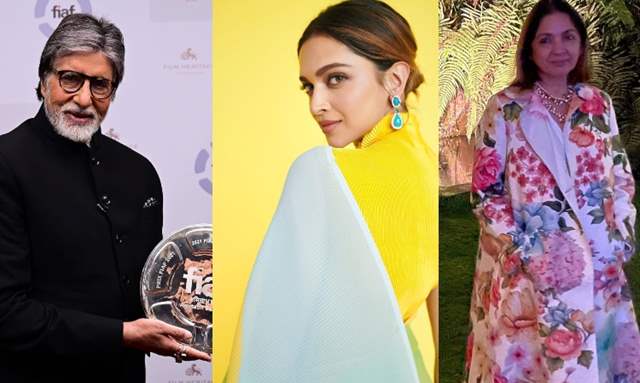 Neena Gupta's acting skills and on-screen presence will never fail to impress. Her persona leaves viewers in awe every time she appears on-screen. Neena Gupta will soon be seen in the Hindi remake of the Hollywood film The Intern alongside Deepika Padukone and Amitabh Bachchan.

Amit Ravindernath Sharma will direct the Hindi remake of the super hit Hollywood film, which will be co-produced by Deepika Padukone's Ka Productions and Warner Bros India. The film was initially scheduled to be released in 2021, but due to the pandemic, the release date has been pushed back to the summer of 2022.

Neenaji’s career is now rocking. She is so much in demand that she has to turn down roles. She is definitely a part of my next film, The Intern with Amitabh Bachchan Ji and Deepika Padukone

Amit shares a funny incident on Gajraj Rao’s excitement at being papped,

The other day, he called to excitedly tell me he was in a showroom when he heard shouts of ‘Gajraj Sir’ behind him. When he turned around, it was the paparazzi wanting to take his pictures. Gajrajji said he had never thought in his wildest dream he would one day be chased by the paps.

Amit has also stated that he will cast Neena Gupta and Gajraj Rao in all of his films,

Gaajraj ji plays an important role in my Maidaan (featuring Ajay Devgn). Neenaji played no part in Maidaan. But she will undoubtedly appear in my next film, The Intern, alongside Amitabh Bachchan Ji and Deepika Padukone.