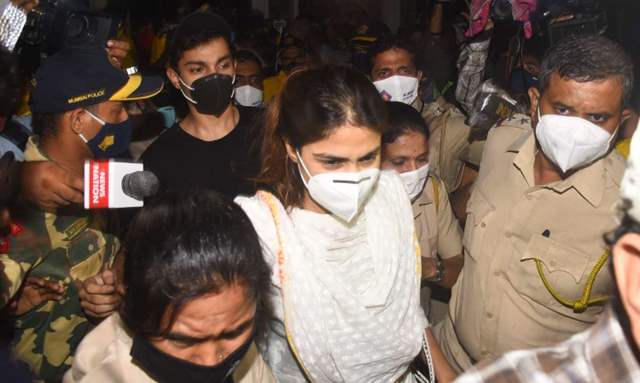 It’s been months since Bollywood’s alleged drug case was taken over by the Narcotics Control Bureau (NCB) and several arrests have been made regarding the same. The ‘Drug Angle’ which flared up during the investigation of Sushant Singh Rajput’s death investigation, has seen unprecedented developments recently.

Now, a source has informed that the investigating agency has sent 85 gadgets of Bollywood stars and their associates in the past 45 days to the Directorate of Forensic Sciences (DFS) in Gandhinagar for data extraction, reported Mumbai Mirror.

So far, the NCB has conducted raids and making arrests in Mumbai, on the basis of data they received from the DFS, which was obtained from 30 cell phones.

The report further quoted the source stating cell phones belonging to Rhea Chakraborty, her brother Showik, Sara Ali Khan, Arjun Rampal, Shraddha Kapoor, Deepika Padukone, and their associates’ have been sent for a detailed examination and it is likely to help the agency establish the chain of substance abuse.

Drug samples seized during raids in the city have also been sent to the forensic science laboratory (FSL) to ascertain their quality, added the Mumbai Mirror report.

For the unversed, a lot has conspired since SSR’s death and the death investigation was directed towards the Central Intelligence Bureau by the Apex Court. Later, the case also saw the involvement of the Enforcement Directorate (ED) that was probing the money laundering angle in Sushant’s death case. The agency handed over the investigation after procuring chats related to drugs post which the investigating agency started a parallel probe.

Furthermore, Rhea Chakraborty and her brother Showik were arrested by the NCB and after days in custody, they were given bail. Apart from making arrests, the NCB also questioned several Bollywood celebrities and alleged drug suppliers.