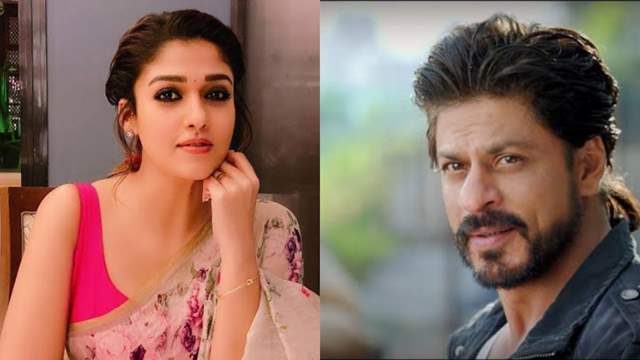 Bollywood actor Shah Rukh Khan was recently going through a difficult phase as his son Aryan Khan was arrested by the Narcotics Control Bureau.

Since then the actor had sidelined all his professional work. Now that Aryan is out on bail the actor is resuming back to work.

Due to the same shooting of Atlee's next was getting delayed owing to Shah Rukh Khan’s personal life crisis.

South actress Nayanthara had reportedly opted out due to date issues as she had to honour her other commitments.

However, now, according to the latest report in a news portal, the South actress has come back on board for the project.

She will reportedly be essaying the role of an investigative officer in the movie. The actress will also be seen as SRK’s love interest in the film.

SRK, on the other hand, is reportedly essaying a double role – of a father and a son. According to the report in the news portal, the film’s premise is about this one man (played by SRK) who leads a group of wrongly accused female jail mates (played by Priyamani, Sanya Malhotra and others) and turns them into a group of vigilantes fighting against social evils. The source further told the portal that the film is very much similar to ‘Money Heist’, however, it is an Indianised version of the international web series.

The makers have, however, not officially announced the project yet.

SRK starrer has been making headlines ever since it was reported a few months ago. Fans are curious to know more about the film and the stars playing their roles.

A report last month by LetsOTT Global revealed the possible plot of the film. They mentioned, “SRK – Atlee film will be a massive revenge action-entertainer.

Apart from this, Shah Rukh Khan will next be seen in Siddharth Anand’s ‘Pathan’ where he will be seen with Deepika Padukone. The film will also star John Abraham in an important role.

SRK has also been reportedly roped in for Rajkumar Hirani’s untitled next which is an immigration drama. However, there has been no official announcement from the makers yet.