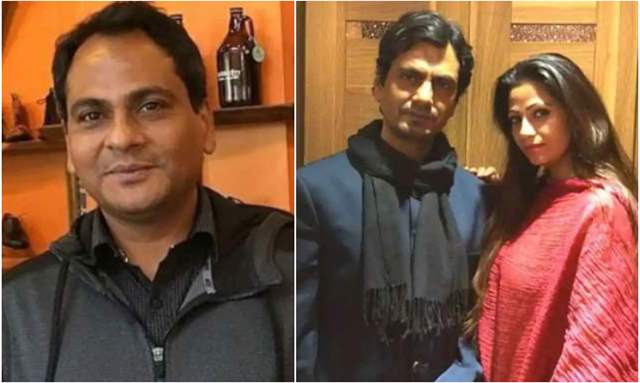 In a shocking turn of events Nawazuddin Siddiqui’s estranged Wife Aaliya who has reverted to her old name of Anjana Kishor Pandey recently revealed that her husband brother-in-law used to hit and abuse her but even then Nawaz never stood up to support her.

Aaliya had also alleged that it was Nawazuddin’s brother Shamas who gave her phone bills of the actor, revealing that Nawazuddin was talking to his girlfriends while she was pregnant. She further reiterated that the actor's brother has no respect for women in their family.

Now, Shamas in a recent interview with ETimes slammed Aaliya’s claims and even said, “it is all baseless and untrue.”

He further explained how it was impossible for him to hand over her bills to brother Nawaz. Shamas said, “Nawazbhai was shooting for ‘Gangs of Wasseypur’ then and I was not even there with him. It is all false, lies. How will I give my brother’s bills to her? It is his personal number and I was not even living with him then.”

Aaliya further claimed that Shamas had told her to check the terrace, to expose the philandering ways of Nawazuddin Siddiqui. Shamas reacted to the same and explained, “Check out the terrace? In Mumbai who would go on terraces? Housing societies keep them locked! This is all untrue.”

Nawazuddin’s brother Shamas has also filed four cases against Aaliya. Talking about the same lawyer Adnan Shaikh informed ETimes, “This is not a lawless country. Courts are working but Aalia Siddiqui has not yet filed a single court case since months. Our client Shamsuddin Siddiqui is ready with all evidence. Using this evidence He has already filed cases of Extortion, Blackmail, Defamation & Fraud against her and these have been accepted by court.”

Earlier, in an interaction with Pinkvilla, Aaliya had said, "There are two or three brothers of Nawaz who are absolutely mental. They don't have any brains and the environment they have grown up in, they have become like this. There's no respect given to women in the family. They beat up the women in their house whenever they want to."

Meanwhile, Aaliya’s Sisters-in-law have also sent across criminal and civil defamation notices to Aalia Siddiqui for defaming and maligning their respective husbands. They reportedly sought an unconditional apology in public failing which they will proceed with legal action before courts.