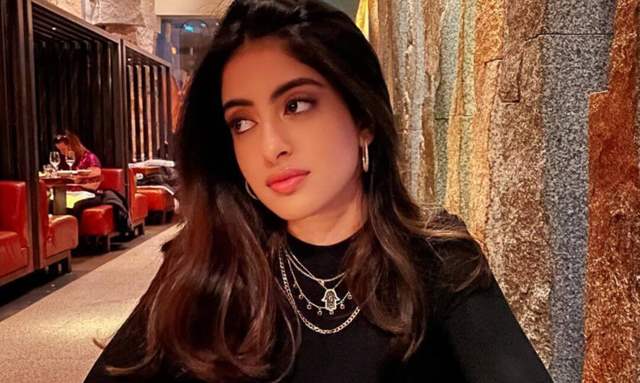 Legendary actor Amitabh Bachchan’s granddaughter, Navya Naveli Nanda is an avid social media user and she is often trolled for her posts. However, she knows how to tackle them. She never shies away from putting forth her opinion on the public platform with savage replies which win hearts on the internet.

Navya on Sunday shared an update regarding one of her projects. Her organisation has inaugurated their first 'Period Positive Home' in Gadchiroli. Despite her efforts, Navya has been targeted to unnecessary criticism.

While everyone appreciated her work and dropped praise-worthy comments she was also criticized for her absence from the inauguration. A troll questioned, "If the project meant so much to you, then where were you in the inauguration?" 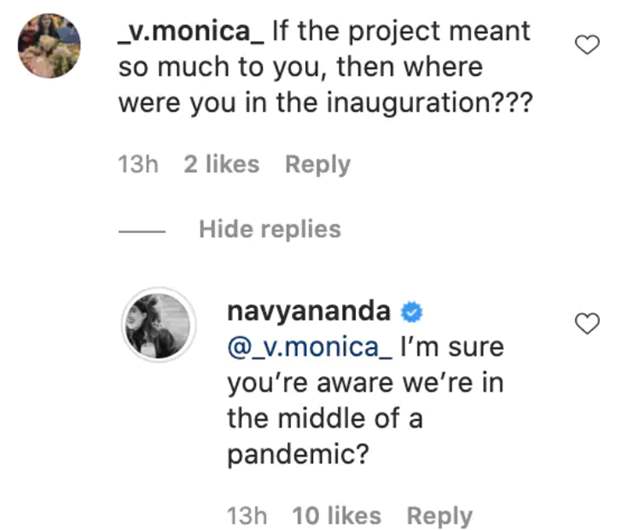 Replying to the troll, Navya Naveli reminded the user of the pandemic and wrote, "I'm sure you're aware we're in the middle of a pandemic?" Navya is currently in New York and runs an online healthcare portal called Aara Health. This project aims to empower women by addressing the issue of gender inequality in India. It was launched earlier this year.