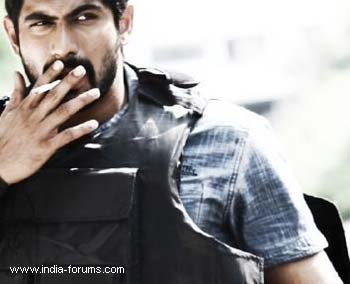 Earlier, it was said that Indo-Brazilian girl will only do an item number for the movie. It was also said that the filmmaker recently got choreographer Ganesh Acharya to shoot the "Dan Dan" number with her.

"The report of me signing Nathalia is absolute nonsense and most of what is written in that article is absolute crap. In the film I am doing with Nathalia she is starring opposite Rana Daggubati...whoever wrote should least check with me," he said.

In "Department", Daggubati will be seen as a grungy policeman - a role that was earlier reserved for Abhishek Bachchan.

Fire erupts at NCB office building in Mumbai; No injuries ...
4 minutes ago

"John is going to Smash, Rip and Annihilate the Corrupt like ...
4 hours ago
View More
TOP