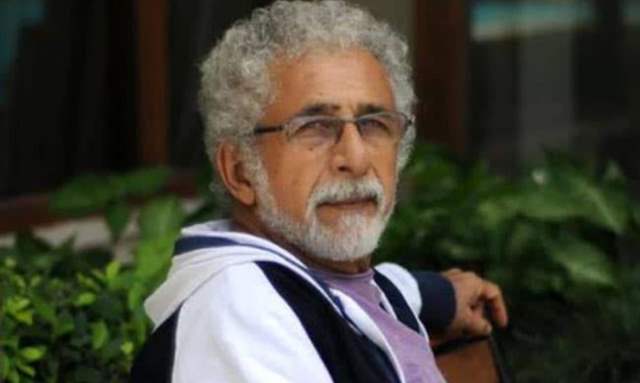 Earlier this week, veteran actor Naseeruddin Shah was admitted to the hospital after he was reportedly diagnosed with pneumonia. He is currently undergoing treatment at a hospital in Khar, Mumbai.

The actor knocking hospital doors spread concerns across the entire film industry and Shah’s fans have been worried about his well being. While his wife Ratna Pathak Shah assured his fans and followers of the actors well-being, a recent report suggests that the actor is likely to be discharged by Fiday this week.

A recent PTI report quoted Naseeruddin Shah’s secretary Jairaj who informed, “He is doing well. He might be discharged tomorrow.”

The 71-year-old actor is best-known for his performances in critically-acclaimed films such as Masoom, Sarfarosh, Iqbal, A Wednesday, Monsoon Wedding and Maqbool, to name a few. He has also featured in several international projects like Such A Long Journey, The Great New Wonderful and Mango Dreams.

Naseeruddin Shah won his first National Award in 1979 for his role in Sparsh. His second award was for his performance in the 1984 film Paar and the actor's 2005 film Iqbal fetched him his third National Award.

2 months ago Hope he’s well soon. He is among the few gems of Indian cinema who, unfortunately, found himself sacrificing his artistic talent and original intentions to steer clear of the commercial mainstream stuff.