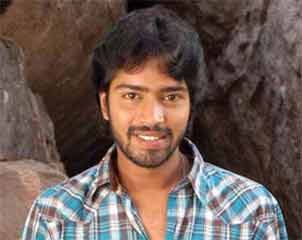 Playing an extremely fat character in Telugu comedy "Laddu Babu" was a Herculean task for Allari Naresh as he needed to spend six hours everyday to wear prosthetic make-up for the role.

His character weighs over 200kg in the movie, directed by Ravi Babu.

"The character that I play in the film weighs over 200 kg. I had to wear layers of prosthetic make-up to look fat. It used to take me almost six hours every day to wear the make-up and another few hours to remove it," Naresh told IANS.

"Playing the role was extremely tough because moving freely was a challenge with the make-up. I had to wear bigger shoes to walk and that too with great difficulty, survive on liquid diets throughout the shoot because munching would affect the make-up and even bear skin infections," he added.

Naresh put up with arduous make-up sessions because he feels he owed it to the director.

"I was introduced by Ravi Babu in 'Allari'. Whatever I am today is because of the opportunity he gave me many years ago and the faith he had in me. I'll always be indebted to him and I agreed to do the film for him," he said.