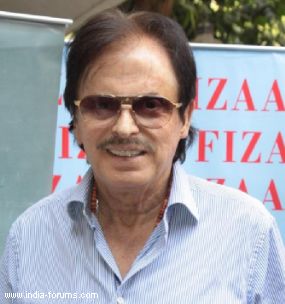 Actor Sanjay Khan, Nanda's co-star of three films - "Beti", "Abhilasha" and "Woh Din Yaad Karo" - says unlike most heroines of her times, the late actress was neither fussy nor did she ever throw tantrums on the set.

"I am dismayed to hear of Nanda's demise. I can't say I knew her beyond the sets because I never met her outside the workplace. I only knew her on the sets. She was a delight to work with," Sanjay said.

"Unlike many heroines she threw no tantrums. She was absolutely fuss-free and no-nonsense. She would give her shot, sit patiently for the next shot or if there was time she would withdraw into her make-up room," he added.

He says his wife Zarine was closer to Nanda, who died at her residence following a heart attack Tuesday morning.

"In fact, my wife designed Nanda's home," he said, adding that the actress was "punctual, gentle and well-mannered".

"I never saw Nanda behave in any improper way in all the three films that we worked with together. Nanda was preferred by the audience in tragic roles, and in two of our films together she was cast in tragic sacrificing roles.

"But in 'Abhilasha', she was very glamorous, quite the typical heroine. She was versatile and well-versed in the craft of acting. I knew nothing about her personal life. But she was cultured impeccably behaved lady, and I hope she was happy."