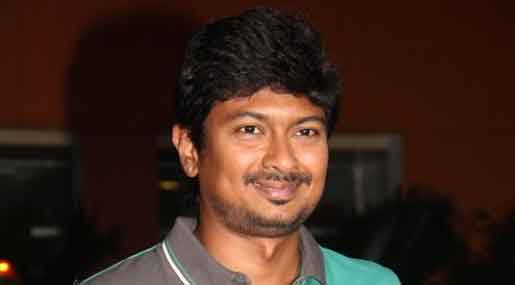 Actor-producer Udhayanidhi Stalin says his forthcoming Tamil comedy "Nanbendaa, which releases on Thursday, could be referred to as the sequel to the 2012 sleeper hit "Oru Kal Oru Kannadi" (Ok Ok).

"'Nanbenda' could be called 'Ok Ok' part 2. Whatever is expected when Santhanam and I team up, you'll find all that in this movie. Santhanam plays my wingman in love. It's about the story of three childhood friends who fight, separate and reunite many years later," Udhay told IANS.

The movie features Udhay and comedian Santhanam as best friends.

"Audiences loved the scenes featuring Santhanam and I in 'Ok Ok'. Our combination worked wonders for the film. We've milked the hit combination once again," he said.

Ask Udhay why the combination didn't work in their last outing "Oru Kathirvelan Kadhal", and pat comes the reply: "The reason it didn't work as well as 'Ok Ok' was because we tossed in some family sentiment, which was not received well by everybody. The unanimous feedback was that people walked in to see something as funny as 'Ok Ok', but what we gave them was not even close".

In Jagadeesh-directed "Nanbenda", Udhay is paired with Nayantara for the second time in a row.

"I've known her since 'Aadhavan' days. When she heard the script, she felt the character was very close to her real self and hence agreed to be part of the project. By now, we've all become such a great team and it's so much fun working with her and others too," he added.

Udhay, who has mostly relied on comedy and bromance, has tried some action too in the film.

"I generally don't like action and prefer making light-hearted comedy entertainers. But I realised audiences expect me to do more than just comedy, especially after my second film. So we've done a small action sequence this time," he said.

Unlike "Ok Ok", the actor won't be seen piggybacking on Santhanam here.

"With 'Nanbenda', I've graduated to the next level and have equal screen space with Santhanam as my director felt that he dominated me in 'Ok Ok'. Scenes were specially written for me in this movie," said Udhay.

The team shot three songs in exotic locations such as Bali, London and Ireland.

Udhay is currently shooting for "Gethu" and will soon start working on "Idhayam Murali".