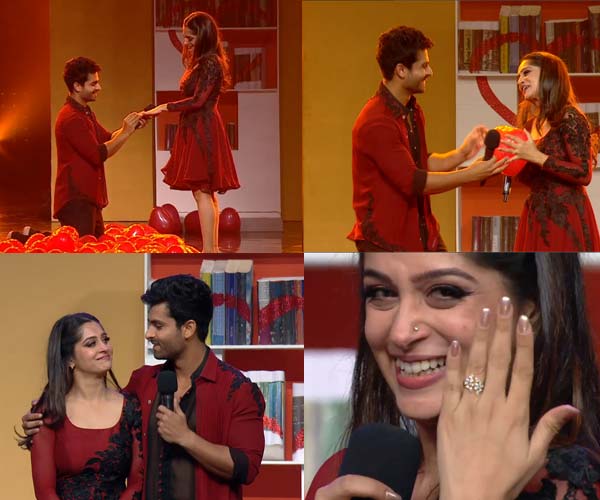 The coming week of Nach Baliye 8 will have the top 3 jodis making their way into the finale. This makes this week's elimination crucial.
The bottom two saw Divyanka Tripathi - Vivek Dahiya and Dipika - Shoaib with 25 and 24 points respectively while Sanam Johar - Abigail Pandey became the first finalists with 29 points and Mohit Sehgal - Sanaya Irani were the second finalists with 28 points.
And according to our sources, this week will see a shocking elimination in the form of one of Nach's most favourite jodis, Dipika Kakar - Shoaib Ibrahim.
The theme for this week is judaai and while the duo got engaged on the show, their elimination sure came as a shocker. Infact, it was such a heartbreak for everyone that even the judges along with the entire production team were left teary-eyed.
What do you have to say about Dipika and Shoaib's elimination? Who are you rooting for?
15 Likes

arezoo.sabti 1 years ago Sanaya Irani so Nice, lovely and she's the best actress in India

ValentinaVelina 2 years ago
Also happy for Mohit Sehgal Sanaya Irani they have reached finale! All the hardworking of sleepless nights has paid off! Congratulations to Monaya & all the fans for your hardwork!

arezoo.sabti 2 years ago we wish Sanaya Irani come back on our TV screens

Hyacinthus 3 years ago I Love Sanaya Irani so much! She sexy, she's so Nice, lovely and she's the best actress in India

vidra 3 years ago Happy to see Sanaya Irani and Mohit Sehgal in the finals
It always sad when someone gets eliminated. Good Luck to Shoika in their personal and professional life. They make a fine couple

vanitha3d 3 years ago Love you Sanaya Irani and Mohit Sehgal.. All the very best for nach baliye..Monaya are going to win the trophy.

llsujill 3 years ago Love you Sanaya Irani and Mohit Sehgal... Hope you guys win the trophy

kusima 3 years ago not dipika shoaib but divyanka vivek deserves to be eliminated
hope monaya wins and if they lose then abinam deserves to win,divek does not deserve to be here , i just want monaya to win

A HUGE FAN 3 years ago Wishing Divyanka Tripathi all the very best!

Sanaya Irani and Mohit Sehgal, go get them!
Best wishes for the finals.
Trophy should be rightfully yours.