View Profile
Nach Baliye 8 is heading into its finale and we are stoked with the finalists. The celebrity dance show saw a lot of jodis show off their moves, grow as dancers and get closer with their partners.
Divyanka Tripathi and Vivek Dahiya are TV's most loved off-screen jodi! They brought out their chemistry through dance and it's like nothing you've ever seen before. The pair went from being the couple that makes you go 'awww' to one that makes for serious competition on the star-studded show. From meeting at Yeh Hai Mohabbatein to showing the world their partnership on stage, they definitely know how to inch towards perfection. Here are highlights of their journey you simply cannot miss-
A slow beginning
We knew Divyanka and Vivek weren't dancers from the very beginning. Their popularity placed them on the stage and right from the first performance they set the tone for a couple that is all about the lovey-dovey moments. 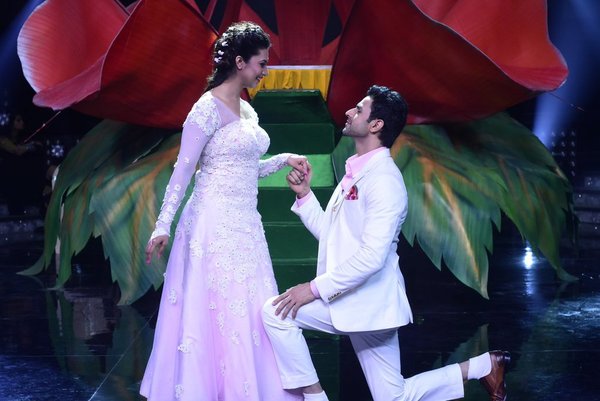 They were adorable together as they found their way through something that is visibly new to them. Divyanka brought in a class act with her beautiful expressions and Vivek showed signs of a strong dance partner who could shoulder his Baliye well.
A Major Set-Back 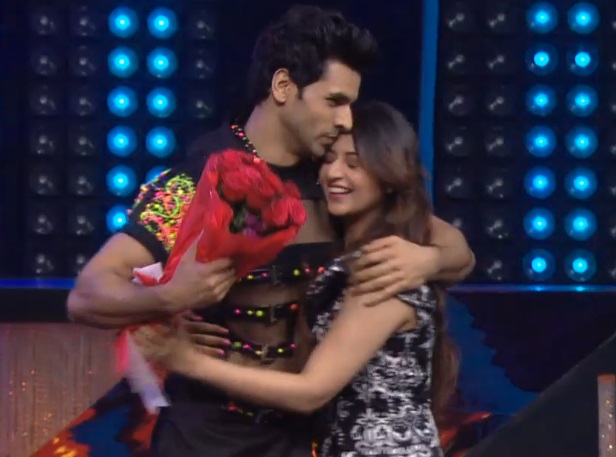 In a case of unfortunate events, the jodi faced a major set-back as Divyanka injured herself during rehearsals. The actress had a slip-disk which got triggered during rehearsals, leading to a severe back pain. She had to pull herself out of the running that week and Vivek stepped up for both of them. He performed with his choreographer while the judges rated only his performance. And guess what? He managed to pull them through just another round, dedicating his performance to his wife.
A fitting comeback 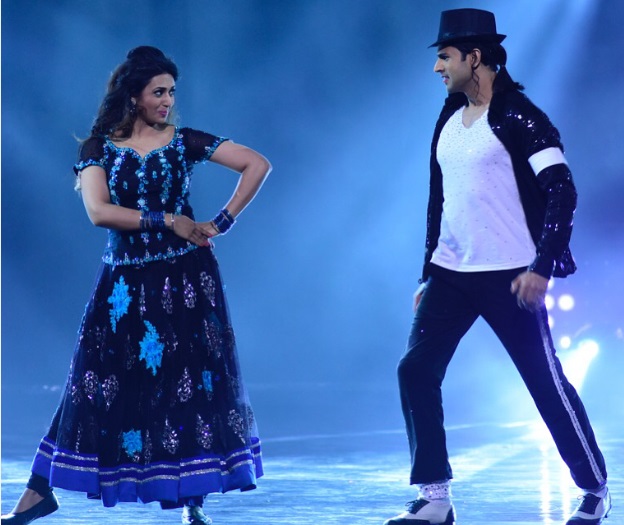 The jitter bug may have nursed Divyanka right back to health! She came back as good as new and ready to break a leg! The couple came back with a promise that allowed fans a sigh of relief that the jodi is back dancing together.
This playful angle of their love story 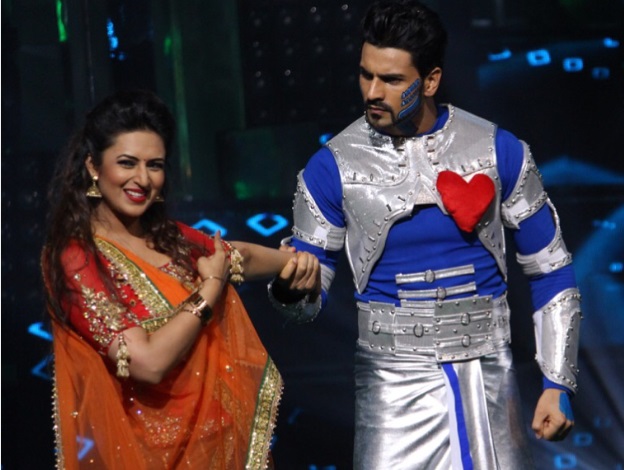 We've seen Divyanka and Vivek as an ideal couple. With Divyanka playing the TV bahu we didn't really get the chance to see the two having an adorably playful side. This act where Vivek played a robot and Divyanka, the object of his affection had us all marveling at this peak into their romance. It was peppy and refreshing.

Divyanka takes on another shade 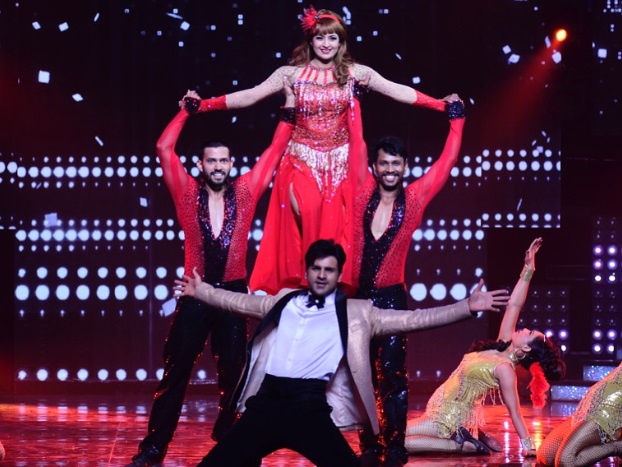 The couple took on a filmy cabaret number and totally sizzled on stage! Divyanka took on Helen for a fiery performance. They went retro romance and set the bars higher for the rest of the couples.
This badass portrayal of their competitive streak 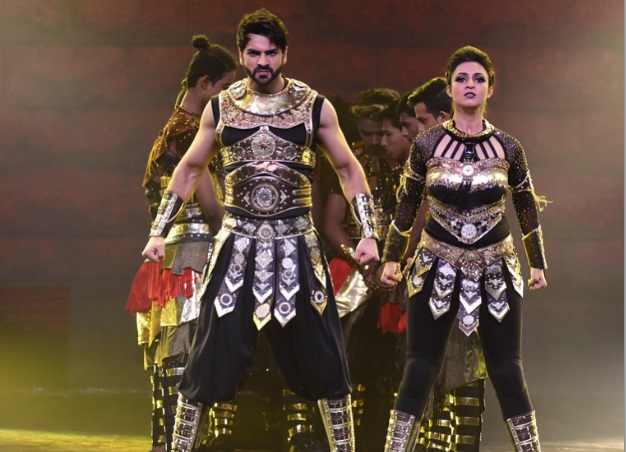 Divek really meant business when they put on their armor for a power-packed Malhari act! It was stunning to see all their sweetness melt away as they shed their on-screen avatar and declared war on the dance floor.
They recreated a scene from their love story on stage 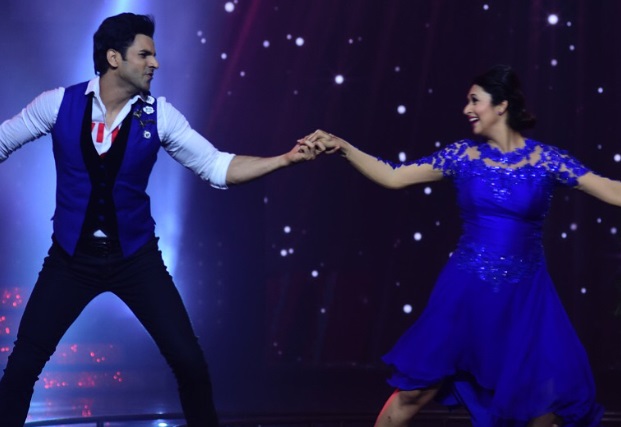 This stellar performance is what put Divek on the map as competitors! We saw more dancing and Terence Lewis nodded in agreement with the fact that the couple isn't here due to sheer popularity and a fan-base but because of their dancing skills. The routine went on to earn them their first perfect 30! 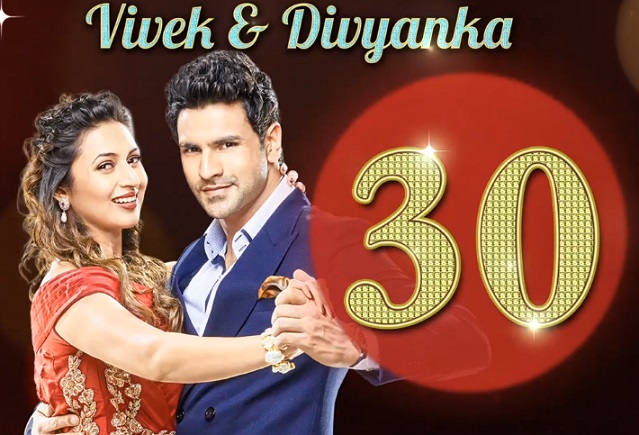 And we think it's well-deserved!
And, when they nailed the judges' challenge like a Boss! 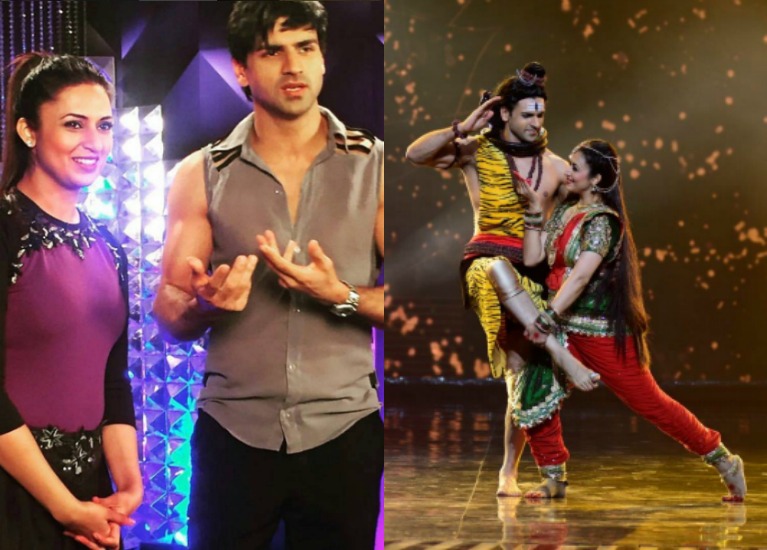 With this performance, the couple became the top 4 of the show. While one of their acts had them perform a power-packed tandav, the other had them display a psychotic love story. Two performances, fourfold the efforts, and fruitful results!
Finally, a stunning act worthy of a spot in the finale 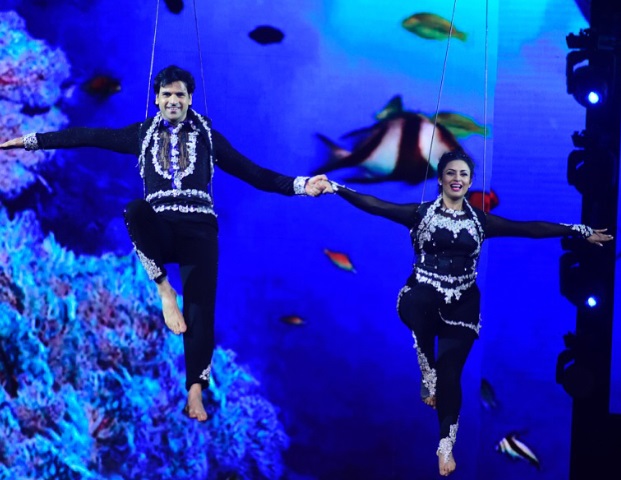 The pair pulled of an aerial routine that just transported us into a dreamy underwater world. They did some daring moves and flawlessly glided through the air. With their confidence and grace growing every moment, it's safe to say that they became the dancers they weren't at the beginning of the show.
With Sanam Johar and Abigail Pandey and Sanaya Irani and Mohit Sehgal as competitors, Divek sure has work chalked down. But their journey is a triumph in itself!
Winners or not, the couple has already won millions of hearts!
0 Likes

ValentinaVelina 2 years ago Sanaya Irani and Mohit Sehgal were the best !!! Each of their performances was a real masterpiece !!!

gunurlove 3 years ago India forums you can write everything abt this couple..but most loved??????/
Sorry to say they would be anything but at least not TVs most loved couple.. the Most loved couple is only Monaya and the most loved actress is one and only Sanaya Irani.. who has been on no 1 position on your own site from last 7 years.. then you should know who is more popular and loved by fans

Peacelover15 3 years ago Divek deserves to win as Monaya fandom is worst fandom ever all they do is demean the other contestants.And Mohit is just a weakest dancer

A HUGE FAN 3 years ago Loved Divyanka Tripathi's style and costumes! All the best to you, Divek!

theBoyWonder 3 years ago while DiVek has been positive and dignified, MoNaya has behaved in the worst possible way this season.

Adtt 3 years ago IF is all aware how to increase its forum activity. They know how to instigate the ultra-hyper-fanatic fandom in order to increase the traffic and rank of this web source. In such reality shows, popularity over powers talent, and whoever wins, they win coz they are popular. If Sanaya wins, kudos to their fanatic fans. If Divyanka wins, kudos to Sanaya's fans too, not just for increasing DT's media coverage, but for creating a sympathy wave for DT, thorugh their indiscriminate bashings. If this show wants to stay neutral, give the title to the third couple- that would be the best conflict resolution ever.

shreepatil. 3 years ago divyanka tripathi and vivek dahiya is the best best and best. they deserve to win nb8.
haters go to hell.