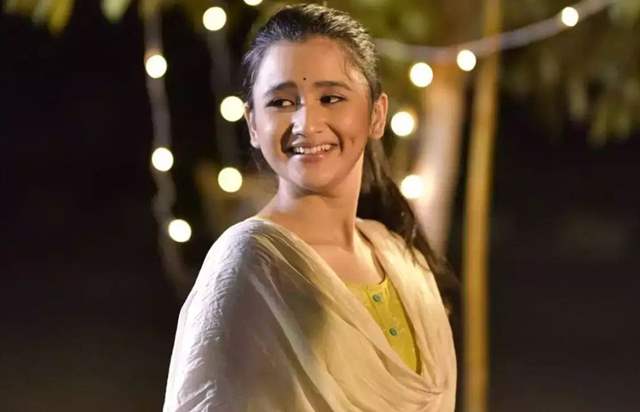 Ever since Star Plus's highly anticipated show 'Rajjo' has been released, it is garnering immense love from the audience. Be it the encouraging story of a girl who lost her mother in the Uttrakhand flood to her tough journey of achieving the unfulfilled dream of winning a medal in athletics, Rajjo has brought an interesting story to the audience. But bringing such an interesting story to the audience has come as a challenge for the lead Celesti Bairagey who is giving her best amid all the tough shooting conditions.

While Celesti who is playing the role of an athlete has to perform some really tough stunts, in extremely cold temperatures as the story is set back in the hill areas. While sharing her shooting experience Celesti shared, "We were shooting our outdoor sequence in Manali- Kullu-Rohtang. I had to run around tying a tyre around my waist with two baskets of fishes tied to it, bare feet. There were rain sequences where we had to use water from the river which was flowing straight from the glacier..worst case was in Sissu valley where it was zero degrees and snowfall started a few Kilometers away from us..it was drizzling as well..an entire scene had to be shot there, with the storm fan on".

"My lips started turning blue… everyone had to wait for about an hour before they could continue shooting with Gungun ma'am and me so that we get back into a better situation" she added further.

Kudos to Celesti for her dedication for work.

+ 2
2 months ago All the best to her... hope she establishes herself as a better actor