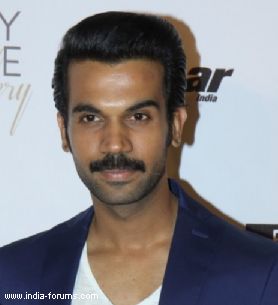 Rajkummar Rao's phone hasn't stopped ringing ever since it was announced Wednesday evening that he has been named for the National Film Award for the best actor for "Shahid". He says "it's the most important day" of his life.

"It feels great! It is the most important day of my life. I was not expecting this at all, but when I got to know about it, my heartbeat slowed down," Rajkummar told IANS over phone from Mumbai.

His voice exuded a tone of contentment - and why not.

A Film and Television Institute of India (FTII) - Pune graduate, the actor made his Bollywood debut with Dibakar Banerjee's unconventional film "Love Sex Aur Dhokha", which released in 2010.

He was then noticed for his fluid acting skills in movies like "Ragini MMS", "Shaitan" and "Gangs Of Wasseypur", before he pushed the envelope with critically acclaimed movies like "Kai Po Che!", "Shahid" and more recently for "Queen".

In "Shahid", Rajkummar has sunk his teeth into the real life story of Shahid Azmi, slain lawyer and human rights activist, who was the defending lawyer of 26/11 Mumbai terror attacks co-accused Faheem Ansari.

The National Film Awards jury has recognised Rajkummar for bringing to life "the soul of Shahid Azmi".

He has shared the best actor award with Suraj Venjaramoodu for Malayalam film "Perariyathavar".