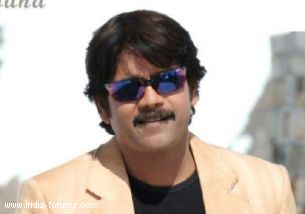 Actor Akkineni Nagarjuna says his father Akkineni Nageswara Rao's will to live has helped him recover faster after his surgery to cure intestinal cancer.

"We are thrilled with the vibrancy and positivity he is showing now. On Jan 1, the entire family had a fun-filled day with him. He is eager to reach the goal he spoke about when he met the media last," Nagarjuna told IANS.

Rao, 90, was diagnosed with cancer in October last year. He had shared the news with fans and requested them not to show sympathy.

"He is full of positive spirit. He has been doing things that make him stay vibrant. He is watching his favourite comedy shows on television and also listens to old and new songs. He has also been catching up with Telugu movies - from the oldest to the most latest 'Uyyala Jampala'," he added.

Nagarjuna said his father needs the best wishes of his fans.

"Support from his fans, well-wishers and the media play a strong part in his path to recovery and I hope that it will continue," said Nagarjuna.

With over a 70-year-old career comprising a filmography of over 250 films, Rao made his cinematic debut with Telugu film "Sitarama Jananam" in 1944.

Some of his best films include "Batasari", "Devadasu" and "Prem Nagar". His next will be Telugu family drama "Manam" with son Nagarjuna and grandson Naga Chaitanya.

Alaya F Channels her Inner Boho Spirit on the Cover of a Leading ...