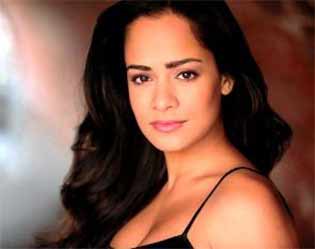 Actress Devika Bhise, who has bagged the role of Srinivasa Ramanujan's wife in a biopic on the mathematical genius, has been born and brought up in Manhattan. But she says her Indian side always dominated her personality.

"I've been learning and mastering the Bharatanatyam dance form from the age of four in Manhattan. I think my dancing was one of the main reasons why I bagged this role," Devika said.

You see, Bharatanatyam involves a lot of the Tamilian Iyenger culture to which Ramanujan and his wife belonged. Bharatanatyam is not just about dancing.

"Along with the dance, I also learnt the whole culture, the Sanskrit shlokas, the body language and the language of the Iyenger Brahmins," she said.

The actress will be shooting in Chennai with "Slumdog Millionaire" actor Dev Patel for Matt Brown's "The Man Who Knew Infinity", the biopic on Ramanujan.

Earlier, Devika has featured essaying a small but interesting part in Griffin Dunne's "The Accident Husband"/

Devika also spent time in Cambridge where Ramanjuan studied. There, she met and interacted extensively with Robert Kanigel, who wrote the Ramanujan biography, on which the film is based.

"Robert had the good fortune to meet Ramanujan's wife. Though she was much older than me when he met her, he provided me invaluable insight into her personality," said Devika, who has studied acting at the The Johns Hopkins University, under the guidance of the legendary actor John Astin.

The training sits lightly on the sprightly actress who is now looking forward to shooting with Dev.

"I met him at Cambridge and we spent time getting to know one another. It was very important for me to know him before we started shooting. My role is that of a very supportive wife. It is said that Ramanujan could not have been the man that he was if it wasn't for his wife," she said.