View Profile
After watching this week's shows, the viewers are left with a medley of emotions – happiness, sadness, content, discontent, shock, outrage and so many more. If the performances were superb, then the reactions of certain judges literally blew sanity out of one's mind. If little pranks and innocence of the little kids was endearing, then the various attempts to woo the celebrity beauty was so repetitive. If the singing left one on a high, the shock of the elimination left one low. 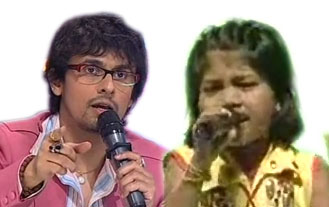 Featured Video
In SaReGaMaPa Lil Champs, with every passing week the performances are improving. It's really surprising to see the Lil contestants pick up such difficult songs and sing them with such ease. The confidence level is still a little low and so the two Judges are steering the herd to the best of their abilities with their advices and tender loving care that the general feel in the sets is that of one big happy family. The set, the ambience and the vibes so truly resemble the Masti ki Paathshala motto and seems like the judges are taking this motto to the grades being given to the contestants too. If an exceptionally brilliant performance was getting "A" so was one who was doing it less better which seemed bit unfair. It was really nice to see the way the production crew arranged for an impromptu cake cutting ceremony thus fulfilling the wish of the youngest participant who had wished to cut a birthday cake together with Sonu Nigam. Again the question arises how fair was that to the other kids? Will they also get the similar opportunity? This week saw the first elimination. Sahil one of the promising contestants had to bow out as the others performed much better than him. 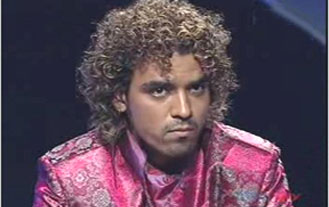 SVOI on the other hand left one with mixed feelings. Performance wise all four of them were good. It's coincidental in SVOI that the best performer of the day gets eliminated on that very Friday. It has happened before with many and this time was no different. This week it was Toshi who faced this. The day he gave his best performances he was voted out. It's also surprising to note the drastic fluctuations in votes from week to week. The voting trend in SVOI is surely an enigma - How can the highest vote getter of one week receive the least the following week when normally at this stage of the show almost every contestant has a steady fan base. From the reactions of the judges, the audience there, now one question comes to mind – Will there be another wild card now? The way this show has taken sudden decisions it may not come as big surprise for the viewers though!! 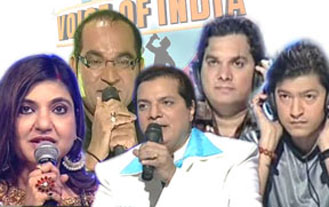 The reaction of the judges this week left one still dismayed. The judges were on exemplary behavior on Friday but Saturday they were back to their normal selves. They seem to get carried away too easily. Lalit's calling some region voting "Anaap Shanap" sounded very inappropriate. Abhijit's comment on Saturday about "The Voice" of Voice of India is gone after Toshi's elimination, was very unfair to the remaining 3 contestants. Abhijit's objection to Ishmeet's 80's disco song selection on Saturday sounded more as if he has issue with the song itself more than the song selection. It's strange that at this stage of the contest the judges are ignorant of their own gharana participant's selections and they make an issue openly which the opponent judges pick up as cue and take potshots at that participant. Why object now, why not when the song got selected in the first place? In these personal ego trips, it's the participants who get affected the most.
The success of a show is dependant on many factors, one key factor being fair judgment. Tragically, in most reality shows this is the most compromised area and the judges get away with most unsavoury behavior. These "judgmental errors" are also a big cause in bringing the quality and the TRP of a show down. Unless they clean up their acts, the shows will lose out on a great chunk of viewers. It's the "Show" that appeals to the viewers not the "Showdowns".
Author: Barnali
Note: The views & opinions expressed are solely are those of the author. For any information, please contact the author.

14 years ago sooo cute adorable and simply loved. The judges and the kiddos with adi reminds me of childhood tension free funfilled days.Aditya looked sooo cute : ) as a host announcing something with cream smeared on his cheeks and then he rubbed it off.lol..

+ 3
14 years ago I was sad that Sahil went out, but i think he was just too nervous and anxious and all the others performed better than him... really love to see Vasundhara's face radiate like that, all the kids are so cute!! Hope they continue to make sur the priority as that is the main thing right now.... thanks Barnalidi!

When I saw Sonu cutting cake with the little girl.. I also felt the same that this is not fair to other participants, also he may get baised towards her cause she share his birthday.. hope these things may not happen

His comments on satuarday were not very encouraging. After his comments he did not utter anything during the rest of the show.

+ 2
14 years ago AVOI dulls in comparison when compared with SRGMP Lil Champs. VOI really needs to dump out ALL their judges & get new ones.

+ 2
14 years ago Good. More action in SVOI. That would be fun to watch. I luv horror movies so that I can have a good laugh !

One thing for sure..SVOI judges love carrying away or getting carried away...ha ha...the way Adesh jumped into whose lap was that?harshit?...(must be he is the hatta katta one)..or the way they carried the other two , its too much.

Simply loved the way Arjun Rampal diffused the situation on the song selection issue by praising the song.

After Mika another person who loves singing at the drop of a hat, is Wajid (wasn't that him??)the one who ran off to the stage on everyopportunity to take obver and continue singing the song the participaht was singing..?

In SRGMP ,little chimney Vyshali is really cute and simply loved the way Vasundhara's face brightened up when Loria credited her with some variation that she tries out saying that it was lil Vasu's idea.. The judges and the kiddos along weith adi surely does remind us of the childhood tension free funfilled days.Aditya liiked so cute as a host announcing something on TV with cream smeared on his cheeks..