A human mind is but a kite lacking the string that flies through the endless skies, while chasing impossible dreams on the harmonious tunes of the wind. The mind dreams on, even if the dreams remain just dreams, even if they are born dead, even if they have to be buried alive and even if they are impossible because dreams open the doorways to a world that is perfect, magical and shields the heart from the pain of harsh realities. Bollywood movies see characters drowning themselves in the ocean of dreams that are often interlaced with a musical number, portraying the leads singing and dancing in rain, under starlit skies, on lone islands and on cliff tops. On the advent of Dream Day, BollyCurry takes a look at these musical cine patterns of dreams that are born in the deepest recess of hearts, woven intricately by threads of thoughts on the tapestry of hopes and desires. 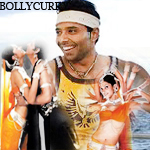 The heart finds itself indulging into dreams that would never know reality. The silver screen has given us a glimpse of the minds of the characters that continue their lyrical journey through the realms of make-believe. Uday Chopra in Dhoom 2 (2006) paints his own future on the canvas of his mind involving the woman he is infatuated with and a couple of non-existent kids in the song "My Name Is Ali". Shah Rukh Khan, playing the role of a commoner in Om Shanti Om (2007), fantasizes himself dancing opposite the lead actress in the song "Dhoom Taana". The doors of reality remain firmly locked as these characters take the elevator to the land of fantasy. 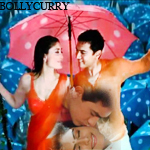 The heady feeling of the first blush of love is as potent as the finest wine and the alcohol soaked dreams laced with faraway gazes and smiling faces make the reality look so muddled that it feels like a dream. The song "Pehla Nasha" from Jo Jeeta Wohi Sikandar (1992) follows the pathway of fantasy of a teenager struck by the cupid's arrow. The song "Zoobi Doobi" from 3 Idiots (2009) portrays the ecstasy of experiencing the beauty of the emotion of love. Hands outstretched, fingers dripping hope and hearts bubbling with happiness, these songs portray a reality so beautiful that it looks like a beautiful serenade dream. 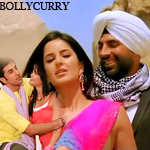 There is no pain like the pain of unrequited love and it is the world of dreams that fills the void to the brim and closes, albeit momentarily, the pores of pain. The song "Tera Hone Laga Hoon" from Ajab Prem Ki Ghazab Kahani (2009) and "Teri Ore" from Singh Is Kinng (2008) reflect the dreams of those wistful lovers who dream of a world where their love is returned with equal fervour and promises of undying devotion are exchanged. It ceases to matter that holding on to that dream is like holding on to a moment because that one tiny moment in the dream, is indeed magic made tangible. 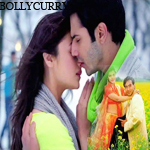 The realisation of being in love sometimes dawns overnight and sometimes the mind refuses to accept this emotion despite the innumerable happy sun kissed days. It is in the midst of soft voices and sighs, smiles, reckless laughter and filmy songs that the heart accepts that it too has succumbed to this beautiful emotion. The song "Ajnabi Mujhko Itna Bata" from the movie Pyaar To Hona Hi Tha (1998), "Suraj Hua Maddham" from Kabhi Khushi Kabhie Gham (2001) and "Ishq Wala Love" from Student Of The Year (2012) are dream sequences that portray the realisation of love. Perhaps the realisation of love is always there in the voice that syncs itself with the tunes of the heartbeat, the voice of desires, the voice of conscience that hides beneath the invisible shadows of thoughts and finds its way through the dreams.

Dreams often become the perfect star we wish on in our not-so-perfect universe. We wait for the magic hazy curtain to be suspended, for our best dream to be a reality, for our reality to be so beautiful that it looks like a dream. So what if dreams are fast changing nothings with the durability of soap bubble? So what if the strings of the kite of hope are held by the hands of reality? We need to cut the strings for once, so that the kite soars in the skies of dreams, finding its own happily ever after through time and space, above roof tops and beneath crumpled landscapes. As long as it is a happily ever after - if only in a dream.

Which song would you choose if you were given a chance to paint your own dream? Do let us know in the comment box below.