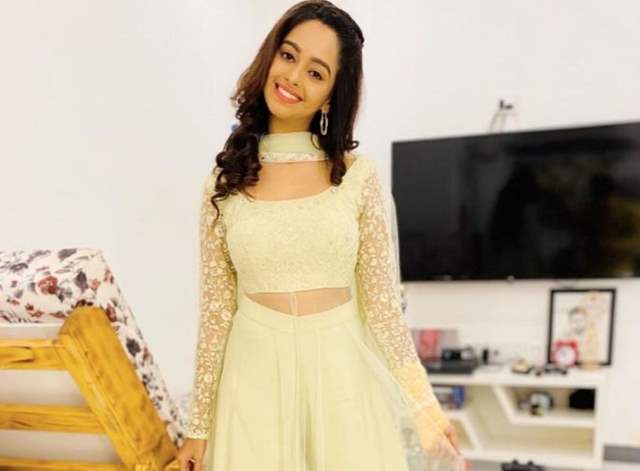 Zee TV’s popular fiction show Kumkum Bhagya has been an audience favourite due to its intriguing plot and the natural portrayal of relatable characters like Abhi (Shabbir Ahluwalia), Pragya (Sriti Jha), Ranbir (Krishna Kaul), and Prachi (Mugdha Chapekar). Post lockdown, the show returned with fresh twists, giving the audience something exciting to look forward to. In fact, after several new entries into the show and a few intriguing turns, Ranbir and Prachi’s wedding drama kept the audience hooked. Krishna and Mugdha have been constantly shooting since the show returned on air but it seems like in the past few days, Mugdha has been getting some free time and hence has been utilizing it to her fullest.

While the actress adequately spent her lockdown time preparing some lip-smacking dishes, her love for cooking didn’t really die down even after the shoot for Kumkum Bhagya resumed on a full-fledged scale. Our very own Prachi a.k.a Mugdha Chapekar has once again put on her chef’s hat and has been experimenting with new cuisines in her free time. In fact, she has been taking online lessons to learn and experiment with a few new cuisines.

As Mugdha Chapekar revealed, "I love trying new cuisines and it was during the lockdown that I realized my love for cooking.  After I began shooting for Kumkum Bhagya, I didn't get much time to cook. However, in the last few days, I got some time off and hence started to learn how to prepare Mediterranean food. I have always been fascinated by their cuisine and personally love gorging on  Hummus, Pita Bread, Falafel, and so on. Hence, I have been learning how to make them in my free time. I will be making it soon and I hope it will be as yummy as the ones they make."

While Mugdha is learning new cuisines, looks like a lot of drama is all set to follow in Prachi's life with a new twist that will be brought about by Rhea (Pooja Banerjee).