If 2013 had a horrendous end with trashy songs as the trend, 2014 has started off much better with tracks that are up to Bollywood movie standards according to us at BollyCurry! We bring to you a list of songs that have already won our hearts or are being greatly enjoyed by viewers! 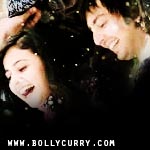 First on our list is a song from the movie Yaariyan, that released earlier this month on January 10th. The song is sung by Mohammad Irfan and Gajendra Verma and is almost reminiscent of the record breaking popular Aashiqui 2 soundtrack. Mohammed's soulful voice along with the heart touching lyrics are the perfect recipe for an exquisite peaceful listen! 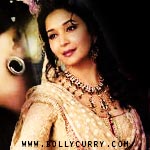 A fusion of today's contemporary music and traditional folklore happens to be the essence of this song and also the reason why it has landed itself on this list! Even the presence of the talented Madhuri Dixit Nene dancing kathak to it was enough to tag it as an appealing song to the eyes but the lyrics and the music itself is quite appealing to the ears as well! While you're taken back to the mujra era, the modernization of the music with the usage of guitar adds to the overall pleasing effect of this fusion masterpiece!
'Tere Naina' - Jai Ho 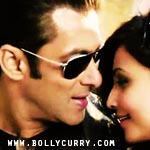 Not only is the movie Jai Ho much waited, but many of the songs in the movie are as well! One of the many is 'Tere Naina' sung by Shaan and Shreya Ghosal, and composed by the much acclaimed duo of Sajid-Wajid! Unfortunately, despite the song being a very soothing and romantic number, the typical songs pertaining to 'nainas' are getting very tiring! Time for something new isn't it Sajid-Wajid? Though we aren't complaining, we feel it's time to move on.
'Baaki Sab First Class' - Jai Ho

Raavan ke leela pass hai, baaki sab first class hai. The song does a very good job of speaking of the political and economic situation in the Indian society in a rather mocking, but eye-opening way. The shrill pitch of Wajid's voice adds to the idea of the frustration and anger of the common man. The lyrics are well written and the music is the perfect fit for the song giving you the feeling of frustration, anger, and irony!
'Jashn-e-Ishqa' - Gunday 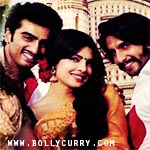 The list is incomplete without a peppy number that causes your feet to start tapping along to the beat! Such is a song "Jashn-e-Ishqa" from the movie Gunday, which releases this Valentine's Day! The well known singers, Javed Ali and Shadab Faridi, lent their voices for this song of celebration of love, friendship and happiness. One can't help but want to rock it out to the loud yet cheerful song! Add to it the awesome picturization and this song is an all-out dance number!
'Tune Maariyan Entriyaan' - Gunday

Although we're quite tired of the typical Bollywood songs with meaningless lyrics, we can't deny that this happens to be a very catchy song - almost to an annoying extent. Whether we want to accept it or not, tapori dance songs are a must for Bollywood and for this year, Gunday has set the bar quite high for tapori dance songs! Though we do hope that our lyric writers start looking towards bringing meaning to a song as well.
'Saiyaan' - Gunday

After the dance numbers, here's another soothing track from the very same movie, Gunday! Sung by Shahid Mallya, this track has the essence of a Punjabi song with the chorus. Whereas the lyrics fail to impress us, the music and Mallya's voice depicting the pain and heartbreak the song represents does very well at making up for the overused lyrics! Once again we hope that we will start moving over these lyrics to newer lines and representations of pain.
'Patakha Guddi' - Highway 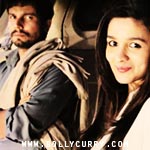 Highway is definitely on the list of movies to watch for one and all for the month of February! With A.R. Rahman and Imtiaz Ali coming together once again after Rockstar, one can't help but feel excited to listen to the soundtracks the two come up this time around! A song that's struck chords - literally, with the music lovers so far is "Patakha Guddi" sung by the Punjabi folk singers, the Nooran Sisters - Jyoti and Sultana. The classical Punjabi song has been presented for the audience with a touch of modernization and a rustic feeling!
At last, we Bollywood fans are endowed with songs that match up to a fraction, at least, of the classic music from the K3G and DDLJ days! The year of 2014 has definitely started off with a bang and a promise of less trashy song which will hopefully be fulfilled!
Writer: Harjot D.
Editors: Shreya S. and Gunia M.
Graphics: Komal P.
27 Likes