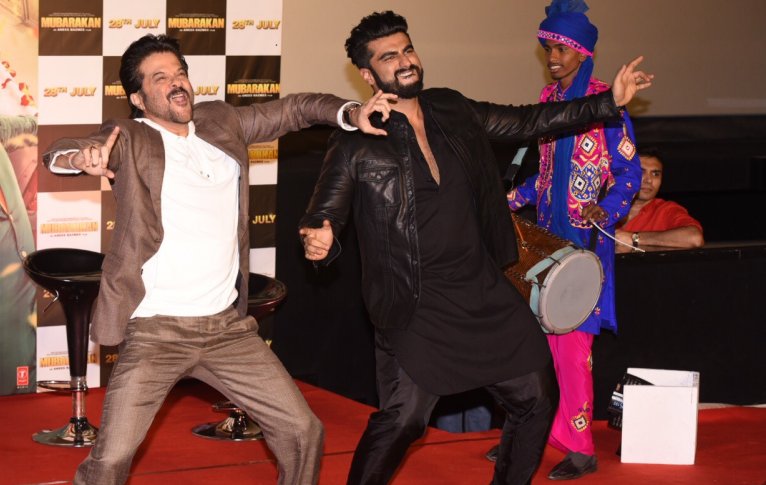 Actor Anil Kapoor, who will be sharing screen space with his nephew actor Arjun Kapoor in the forthcoming film "Mubarakan", says he wanted the movie to be Arjun's best and successful film ever.

"When Boney Kapoor or Arjun's mother watch this film, or for that matter all our friends, it should be Arjun's most successful film ever. When the movie will become successful, only then Anees (Bazmee) and I will be happy. That is the spirit with which we have made this film," Anil said at the trailer launch of the film here on Tuesday.

"Mubarakan", which also features Ileana D'Cruz and Athiya Shetty, is a first of its kind real-life "uncle and nephew" outing for Anil and Arjun in comedy genre.

"It has been a wonderful and emotional experience working with Arjun Kapoor. He is my relative, he is like my son, he is my brother's son. I think it was very emotional-professionalism working with him," Anil said.

"I was professional, I was competitive, but before every scene, I would discuss with director Anees Bazmee that we're working with Arjun Kapoor for the first time. And it should be Arjun's best film ever," he added.

Anil has described the film a "pure family entertainer".

"After a long time, we're doing a film which is a real and pure family entertainer. I think it is Anees Bazmee's specialty, whether it is 'No Entry', 'Welcome' or 'Welcome Back', and even those films which he wrote for me, movies like 'Deewana-Mastana' and 'Ladla'. There will not be a single double-meaning dialogue in his films," Anil said.

"Mubarakan" is slated for release on July 28.

PriyankaSaxena1 3 years ago Mubarakan' title track is out and it's on its way to becoming the party anthem of the year.
Source: News World India