View Profile
Shilpa Shetty, the Diva seems to be shell-shocked as a report on http://Rediff.com/ has brought out the news that the actress got into marital bliss with her businessman boyfriend, Raj Kundra in a very hush-hush affair! The report which has pinned down pictures of Shilpa's visit to Shirdi Sai Baba temple 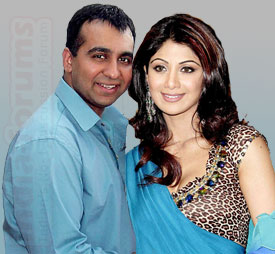 Featured Video
along with her family and of course, the man in her life has come as a shock to the actress, who claims that the news is not at all true.

A well-placed source close to the actress was caught saying, "The report is indeed not true, and apart from this, the piece is accompanied by dirty and derogatory comments by various surfers on a discussion board below the write-up, adding insult to injury for Shilpa. Many of these comments are lewd and bring shame to our culture. It is surprising how a respectable website has allowed such vulgar comments to be put up without scrutinizing the authenticity of the news.

The buzz around is that the actress and her family have reported this misquoted piece of news to the Cyber Crime Investigation Cell. The source added on to say, "Shilpa may file for defamation if prompt action is not taken by the website. In the name of journalism, citizen journalism, discussion boards on the internet and Freedom of the Press, today's media easily misuses these liberties to encroach upon and attack the personal lives of film stars. Most of them are paying the price for being celebrities".