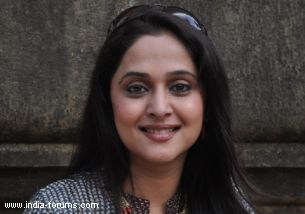 Actress Mrunal Kulkarni, who essays a mother to a down syndrome effected child in upcoming Marathi film "Yellow", feels lucky to have played the character.

Directed by Mahesh Limaye, "Yellow" deals with children with special needs and learning differences and the story is centred around Gauri Gadgil's character.

"In the film, I am playing Gauri's mother. I have got a chance to show multiple shades of emotions in the film," Mrunal said here in an interview.

"As Gauri's mother, I feel very lucky to have been chosen to play this character," she added.

Mrunal says for parents of such children, it is necessary to support and train them to cope up with the challenges.

"It is a huge, huge problem in one's life to give birth to a child suffering with down syndrome. But then you (as parents of such children) should have that much positivity that you come out of it and train your child and make him reach to the top," the actress said.

"It is a huge thing and that is what I did in this film," she added.