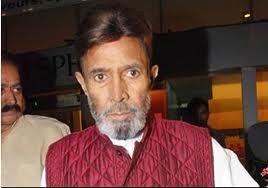 "He was a very good actor. He will be remembered by several generations for his acting skills," Sen told IANS.

Rajesh Khanna died Wednesday after a prolonged illness. He was 69.

Sen, a Dadasahab Phalke award winner, recollected how he had wanted to cast the actor in one of his films, but the latter could not manage due to date problems.

"We had met several times. Once I had wanted to cast him in one of my films but somehow that didn't work out due to his date problems," he said.

"He was a great actor and was the first superstar. He was a much bigger star than Amitabh Bachchan. He was a craze when we were in school and college. His acting will continue to inspire young actors of the coming generations," Dasgupta told IANS.

Rakul Preet Singh confesses to being a part of drug chats ...
7 minutes ago